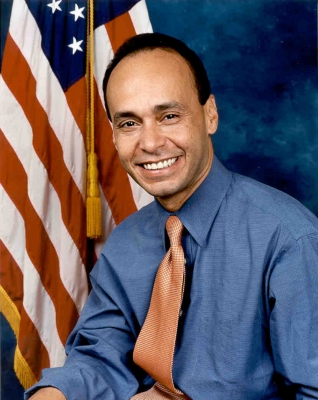 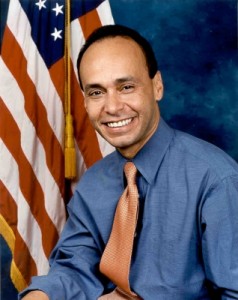 A Statement From The Office of Congressman Luis V. Gutierrez

Rep. Luis Gutierrez (D-IL) and nine other House Democrats are traveling to Alabama on Monday for an ad hoc hearing on immigration and Alabama’s HB56 immigration law.  A group of five of those traveling held a press conference today in Washington to discuss the trip.

Details of the planned trip on Monday November 21, including the hearing in the Birmingham City Council Chambers and an evening event at the historic 16th Street Baptist Church, can be found on Rep. Gutierrez’ website.

The following are the remarks of Congressman Gutierrez at today’s press conference:

As you know, a group of nine Members of Congress is traveling to Birmingham, Alabama for a series of events on Monday.

We will hold an Ad Hoc hearing at 3 p.m. in the chambers of the Birmingham City Council to hear from residents.  While some of the details are still coming together, we will have a range of people offer their testimony: local elected leaders and law-enforcement, families, educators, farmers, and small business owners and the like.

We want a range of people who fit into categories including those who were the intended targets of Alabama’s law, but we also want to hear from and those who have proven to be targets, perhaps unintentionally, as the law has begun to be implemented.

After the hearing we will meet with leaders of the immigrant advocacy and civil rights community in Birmingham and across the state at a private meeting at the Civil Rights Institute.

Then we will walk across the street to the historic 16th Street Baptist Church — the church where four little girls were killed by an assassin’s bomb — and at 7 p.m. there will be a huge rally that marks the kick off of the “One Alabama” statewide campaign to repeal the law.

I was in Alabama in October and I came back to Washington and said to my colleagues, “you have got to go and see for yourself.”  In other states we have seen anti-immigration bills pass, but in Alabama it has triggered something unique.  The fear and chaos in a small, not very well established Latino and immigrant community has run deeper.  The feeling of danger and despair is palpable, perhaps owing to Alabama’s history of dogs and water cannons and bombings and worse.

But that same history also gave me a great deal of hope.  All across the state I met people at rallies, at the NAACP state convention, at the Spanish language radio station, and I got a sense that the history of fighting for justice and fighting for basic rights is still alive in Alabama.

Indeed, a lot of what we know about social movements, about social change and fighting for justice, we learned from the people of Alabama less than a generation ago.

We are seeing what happens when Congress is prevented from passing immigration reform for a decade or two decades. We see the reaction on the ground to an immigration system that is a quarter century out of date.

Ironically, the Republican Party in Alabama that pushed this law through is the same Republican Party that has actively blocked immigration reform in Washington.  And those few Republicans with whom I and Senator Kennedy and others worked with across the aisle have all drifted away from the negotiating table.

In particular, Senator Jeff Sessions of Alabama, in his role on the Judiciary Committee, has played a substantial role in obstructing immigration reform along with a handful of Southern Republican Senators.

In order to get control of immigration, we need to strengthen legal immigration and make sure enforcement is both firm and fair.

In order to get control over immigration we have to get immigrants who live and work here into the system and on-the-books because we simply will not deport of drive out 10 million people who have deep roots, family, property, and lives here.

But Republicans, often led by Senator Sessions of Alabama, have prevented us from moving from the current chaos and blackmarket to a modern, efficient and legal immigration system because they think immigration is a good political football.

Perhaps more so than anyone going on this trip, I have been critical of the President because of the one million people he has deported, but I am pleased that the Justice Department is fighting against unconstitutional laws in Alabama, Arizona, South Carolina and elsewhere.  We simply cannot have 50 separate immigration laws and the Constitution is clear about that.

We will hold President Obama and Secretary Napolitano accountable for sticking to the federal policies they laid out that put a priority on deporting criminals so we can get bad people out of our communities.  That means standing up to and not cooperating with the state policies that create broad roundups based on appearance or make it a crime to work or take your children to the library.

There is a very high moral cost.

I am going to Alabama to stand with the good, decent people of Alabama to fight back and defend what I think is right and just.