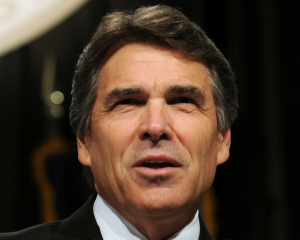 New Hampshire-based Associated Press writer Steve Peoples reported on Twitter that staffers at a Rick Perry campaign event there were asking reporters if they were U.S. citizens because only citizens would be allowed at the event.

The rationale? Because the town hall was being hosted by a defense contractor and foreigners were not allowed.

Interesting tactic, pretty sure it’s not legal, what do you think? We did and have written that Perry is the anti-Latino candidate, apparently not even legal immigrants make his list.

Nonsense, but here are the tweets in question:

At press check in for Rick Perry NH town hall, we're asked if we're US citizens. Told only citizens allowed. #2012