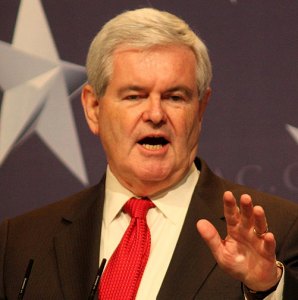 Current presidential frontrunner Newt Gingrich seems to think that Spanish and bilingual education are the characteristics of people living in “the ghetto,” at least he did, who knows how he will now explain away comments he made in 2008 to the National Federation of Republican Women. Here, let him speak for himself:

At the speech Gingrich also bashed the printing of ballots in other languages, you know, the Voting Rights Act? So, what do you think?