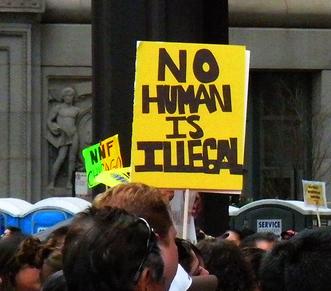 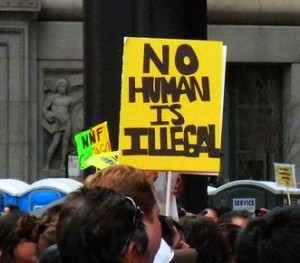 If there’s ever been a case to prove that history repeats itself, Proposition 187 is the perfect example. Let’s go back to the 90s and revisit California’s failed attempt at passing statewide anti-undocumented immigrant legislation.

The year was 1994.  California was in the midst of a recession, and scapegoating undocumented immigrants was way more popular and feasible for most politicians than finding real solutions to the state’s economic woes. Conservative governor Pete Wilson was up for re-election and was trailing miserably behind his Democratic opponent.  It looked as if the governor was about to say adios to his position in Sacramento.

But alas, Wilson soon found solace and hope in one state assemblyman’s proposal. A Republican legislator introduced Proposition 187, also known as the Save Our State (SOS) initiative, which would deny K-12 education, health benefits, and all social and public services to undocumented immigrants.  Prop. 187 also would have required state and local health care workers, teachers, and police to inform the INS of people they suspected to be undocumented. The premise being that if the undocumented were prohibited from using up resources and subsequently given the boot, California’s money problems would disappear and everything would be sunshine and rainbows again in the Golden State.

After acquiring enough signatures from California voters, Proposition 187 was put on the same November ballot as the governor’s re-election, setting the stage for one of the most divisive issues the state had seen since the resolution to actually split the state in 1965.  Given the economic climate, the pervasive campaign commercials with the scary background music, and the convincing anti-immigrant rhetoric, the measure was passed by almost 60% of voters.

Governor Wilson swore to his supporters that he would appeal the rulings and fight tooth and nail against the Feds to make sure that Prop. 187 would survive, ensuring that no undocumented second-grader learned how to read or do math and if they tried their teacher would be legally obligated to report them to la migra.  But his time ran out, 187 languished in the courts, and in 1999 the new Governor of California Gray Davis dealt the final blow when his administration withdrew the appeal.

Fast forward to 2011. Similar stories, different locations. If voters in states such as Arizona, Alabama, or any of the others had learned from California’s debacle, they wouldn’t be wasting their time or money on legislation that is likely to fail and have negative effects on their communities.  But most people don’t really learn from history, they just ignore it and force themselves to repeat it.