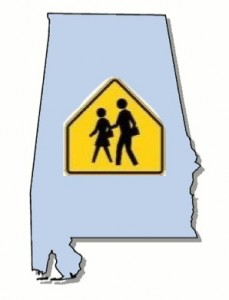 Thirty-six days after the implementation of Alabama’s HB 56, immigrants have fled jobs in record numbers, Latino children are still absent from school and crops of Alabama’s $5.5 billion-agricultural industry are rotting in the fields.

Thousands of immigrants have left their jobs, which has left many small businesses understaffed and construction projects unfinished, including rebuilding from the devastating tornadoes earlier this year. The nearly 200,000 Latinos left in the state face the risk of being racially profiled every time they leave their homes, since police are allowed to racially profile anyone they think might be undocumented. Alabama’s law also makes all contracts with undocumented immigrants invalid, and a crime for them to apply for a driver’s license or a job.

The statistics reported by Voto Latino tell the story:

25% – Percent of construction workers in Alabama thought to have left the state since HB 56 went into effect, seven months after tornadoes devastated many Alabama towns.

3,000+ – Number of calls an Alabama civil rights group has received over to their emergency hotline since HB56 was enacted.

860% – Amount by which undocumented immigrants were more productive in the tomato fields than their replacements.

$130 Million – Amount in taxes undocumented immigrants paid in Alabama in 2010.

The U.S. Justice Department has demanded that Alabama schools begin to gather data on attendance and withdrawals since the law was implemented in order to better measure the effects of the law. The response from the Alabama attorney general has been to question the authority of the federal government to ask for such data.

According to immigration and human rights experts, Alabama’s immigration law is the most stringent and extreme in the developed world.