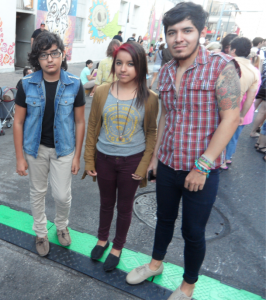 Austin, Texas — First off, you may be asking yourself, “What is a hipster?” The answer is the type of difficult one that accompanies trying to distill cultural movements. But, the short version is that hipsters are the contemporary derivative of beatniks, according to some sources, and consists of particular philosophies, fashion and food choices, professional and geographic areas and, inevitably, the butt of so many hipster jokes (ever heard the one about how much hipsters hate hipsters?).

I’ve often wondered whether I fall into this category, after all I love thrift stores and trucker hats and ridiculous sun glasses, but I’ve decided that I’m too old, care too much, work too hard and am much more of a yuppie anyway.

Hipsters , according to some, are their own stereotype but often are characterized by: appearing “unkempt” with their hair and clothing (actually it’s stylized), wearing thick-rimmed glasses, tight pants, a nonchalant attitude about most things, wearing thrift clothes, being avant-garde-ey, being artsy, eschewing mainstream fashion/art/culture and more. There are often tattoos involved, piercings as well, headbands, feathers, all kinds of stuff. Hipsters are defined differently by different people in different places (try here and here), it’s a pretty broad movement that includes vegans and carnivores, former punk rockers and hip hoppers, and much more.

So NewsTaco was recently in Austin and ran into several Latino hipsters and tried to attempt (in a tongue-in-cheek manner, of course) to distinguish them from the rest. Here’s our short list.

That Guadalupe tattoo is actually because I know who Guadalupe was. And I can actually understand what my foreign language (Spanish) tattoos say.

That’s actually just a hat my uncle gave me from his construction company.

When I pierced anything other than my ears, it was risqué enough to make my mom cry.

These aren’t from a thrift store, I just went through the closets of my Depression-era hoarder grandparents, older siblings and my cousins.

I’m not into “ethnic food” and “food trucks” because it’s cool, that’s just what I was raised to eat.

So this is obviously a short and incomplete list, perhaps what we overlooked was the fact that, just like others, Latino hipsters can still be really annoying to have to listen to, especially when elaborating how non-mainstream they are.