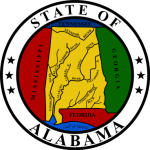 Since the harsh anti-immigrant law in Alabama went into effect last month, employers in the agriculture and restaurant industries have been dealing with the aftermath of labor shortages and even threats and boycotts for defending Latino workers.

While farmers took the immediate hits following the law’s implementation, seeing an exodus of Latino laborers and watching their crops rot on vines, restaurant owners are now also reporting issues with Latino staff becoming increasingly alarmed over the law to the point of fleeing the state.

While there has been a tremendous outcry around the country for the plight of these Latino workers, one restaurant owner in Birmingham has become the target of threats and boycotts after coming out in defense of his staff.

Steve Dubrinsky is the owner of Max’s Delicatessen, a classic Jewish deli, which he says is staffed by Latinos who are authorized to work legally but have decided to leave the state over the anti-immigrant backlash.  After he spoke out in the local paper, the  Birmingham News about his staff’s fears over the law, he began receiving threats.

“People twisted what the story said,” Dubrinsky said. “I was under attack.”

He shared several of the emails with the Huffington Post.

“Well u can bet your ass that i will never eat in your resturant agian and will tell everybody i know what kind of person you are for suporting those dam wetback that are ruining our country,” one person wrote.

Attacks have been piling on all over the web as well, with accosters leaving negative reviews on different sites over a restaurant they have probably never even visited.

“This hatred being spewed anonymously,” he says, “it’s very scary.”

After attempting to hire one woman for $8.25 an hour to replace his dwindling staff, Dubrinsky says she initially accepted but then refused because she would no longer qualify for food stamps and government-funded health care.

Farm owners are faring no better with the labor choices they’ve been left with.

“People in Alabama are not going to do this,” said tomato farmer Wayne Smith. “They’d work one day and then just wouldn’t show up again.”

Smith says he has never been able to rely on American workers for backbreaking agriculture work in the 25 years he’s been farming.

Back at his restaurant, Dubrinsky says he will continue to defend his staff despite the repercussions because they are “good workers as well as good people.”