We received a tip today that illustrates pretty starkly how much suspicion has grown in Alabama for Latinos there. The following photo is titled “Ethnic Cleansing in Alabama without Water” and comes from the Center for American Progress website: 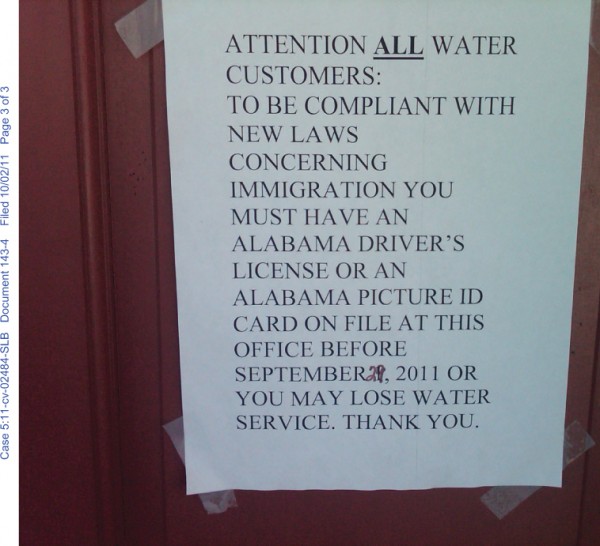 Which is to say that not even human essentials like water — not to mention education or healthcare — are available to the immigrants of Alabama. We’ve already written about this law here, here and here, and the Department of Justice is now appealing the law in federal court. And, again, those Latinos in Alabama who are here legally are also being harassed under the new law. One kid in this story from NPR says the kids in school are asking him if he’s going back to Mexico (he was born in Alabama).

[This material photo was published by the Center for American Progress]