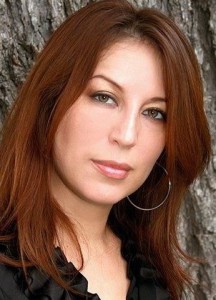 Laura Varela said that it was her experience growing up in a violent neighborhood that ultimately led her to work as a documentary filmmaker. Her journey from El Paso, Texas to the University of Texas at Austin to her offices in San Antonio where she most recently produced a documentary about Latino Vietnam veterans has been interesting.

But these experiences were not lost on Varela, as she told us, she grew up sensing that “something’s not right,” and so when she began to study Chicano history at UT that included documentaries, there was a big shift in her perspective.

“I wanted to cry because I had never seen anything like that my whole life. You grow up in El Paso with all these Mexicans but you never see anything about yourself,” she told NewsTaco in her San Antonio office. “I realized the power of media when I saw those films and how many people you can reach.”

Eventually she began to work in radio production and on film productions. Her desire to continue to do social justice work really took root in 1999 and her most recent production, “As Long As I Remember: American Veteranos” was first broadcast last year. We’ve previously discussed the importance of Latinos working on all levels in the media, and documentary films are no different because it is through these filmmakers that important historical and cultural experiences are highlighted, and hopefully understood.

“How often do we get a chance to talk about the PTSD, alcoholism, adjacent issues that veterans go through when they come back from war? In Vietnam, in particular, it really destroyed a lot of communities,” Varela told NewsTaco. “It’s not just about them, it’s about their families, their communities and how everybody suffers.”

And, ultimately, Varela told us, that’s why she does the work she does. “We try to fill in the gaps and tell the stories that probably wouldn’t be told.”