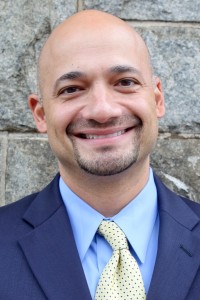 Just a few weeks ago, our state leaders appointed an all-white male panel to enforce HB87, Georgia’s new Arizona-style law.  The Immigration Enforcement Review Board was part of the legislation and will be empowered with ensuring enforcement of the new law with local governments and state agencies across the state.  The lack of diversity is one thing on this Board; but the inclusion of Phil Kent, member of a hate group, is truly troubling and raises serious questions about Georgia Governor Nathan Deal’s intentions about the appointment of Kent.

It reminds me of something my parents frequently told me growing up, “Dime con quién andas y te diré quién eres.”

All throughout the debate on HB87, legislators made claims that HB87 was about enforcing the “rule of law.”  Despite the concerns many individuals and organizations raised about racial profiling and creating a racially divisive environment for our state, Georgia’s legislative leadership and our Governor kept claiming that the new law was about equal enforcement of the law and not about race or ethnicity at all.  Many of their claims were coupled with an “enforce the law” concept followed by a “welcoming of legal immigrants” statement.

The charade was not to last too long.  A glimpse into some of the real sentiment underneath the veneer of the “rule of law” mantra became noticeable with Georgia Senator Renee Unterman’s (R-Buford) rant in the Senate during the last day of the Legislature.   In her speech, Unterman embarrassed herself and our state, but she also unmasked the uncomfortable reality of some of Georgia’s elected officials’ views on the changing demographics of our state.

Unterman moaned about the demographic changes which Gwinnett County has undergone and attributed many of those changes to undocumented immigrants without providing any statistics or verifiable information.  According to the 2010 Census, Latinos make up over 20% of the county’s population, while accounting for 28% of the state’s overall population growth.  “We don’t mind taking care of our people; let’s just take care of our own people,” she said in the Georgia Senate.  As if these code words were not clear enough, she then further added, “I don’t want to take care of Mexico’s people.”  The glimpse of the racial undertones had become more apparent with the Unterman speech.

Following the signing and defense of HB87 in federal court, the state maintained this was about the “rule of law.”  However, then came the appointment of the Immigration Enforcement Review Board.  Between the Governor, Lt. Governor and the Speaker of the House, neither of them could find any non-white candidates to this Board.  I would like to see if they even considered any diverse candidates.  The all white Board harkens back to a dark time in Georgia’s history of Jim Crow; however, I suppose the time has evolved to call it “Jose Crow” in 2011.  But the addition of Phil Kent, a person with extremist anti-immigrant views and questionable cozy relationships with hate groups truly does peel back another layer of the racial undertones with HB87.

Kent’s affiliations with hate groups that produce videos and propaganda that utilize offensive and even racist imagery to depict immigration are deplorable.  Kent’s opinion pieces have been published with the Council of Conservative Citizens, a white supremacist hate group that believes ‘mixing the races is rebelliousness against God’ and that has described black people as a ‘retrograde species of humanity.’  Kent is also part of ProEnglish, which was created by John Tanton, the racist architect of the modern anti-immigrant movement. John Tanton has said he believes that “for European-American society and culture to persist requires a European-American majority, and a clear one at that.”  Do these types of views or group affiliations sound like someone who would have an objective mind in enforcing a controversial new state law that specifically targets the Latino and immigrant communities?

Phil Kent and I have sparred at many public forums and debates across the state.  During some of these debates, I have questioned and challenged his extreme views.  Phil Kent is entitled to his opinion and his own views on race.  However, it becomes more important to question someone’s views especially when that person has been appointed by a Governor to a position of authority on the Immigration Enforcement Review Board.  It is more important to further question how the person with these extreme views will fulfill their role in a nondiscriminatory manner against immigrants and Latinos living and working in our State.  Maybe that was part of the plan.

Surely, Governor Nathan Deal was aware of Kent’s views before the Governor appointed Kent to the Board.  Now, the Governor does not want to talk about Kent’s appointment nor justify the serious questions of the extreme views of his appointment with any type of response to the public.  The Kent appointment and the Governor’s silence further reveal the true nature of HB87 and its serious racial considerations—and Georgia’s leaders’ unease with the significant changing demographics.  Despite all of the swirling controversy and the serious questions, Phil Kent remaining on the Immigration Enforcement Review Board does mean that Governor Nathan Deal condones the racial implications of HB87; furthermore and more troubling is that Kent remaining on the Board also implies that Governor Nathan Deal is comfortable with Kent’s extreme views to be a part of the deliberations of the Board.   Phil Kent remaining on the Immigration Enforcement Review Board of HB87 will only continue to be a distraction and will undermine the Board’s ability to do it’s work in an unbiased manner.

Actions do speak louder than words. Clearly, Governor Deal has made a serious mistake in the appointment of Phil Kent.

So far, it turns out that HB87 had a lot to do with race after all.

The next move is yours, Governor Deal.

Please encourage anyone you know who will stand up for fairness and justice to sign onto this petition to have Phil Kent removed. For more information on Phil Kent’s questionable and extremist views, please read the following link.