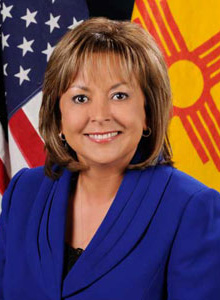 So here we go, again: the staunchly anti-immigrant New Mexico Governor Susana Martinez admits that, well, her grandparents came to the U.S. without papers. So all of this anti-immigrant work on her part was, what? An attempt to overcompensate for the fact that her ancestors once broke the law, like she’s going to “prove” herself, or what? Let’s take a look at the facts as reported by AP:

New Mexico Gov. Susana Martinez has acknowledged her paternal grandparents came to the U.S. illegally, amid national attention and protests over her ongoing efforts to bar illegal immigrants from getting driver’s licenses.

“I know they arrived without documents, especially my father’s father,” the Republican said Wednesday in an interview in Spanish with KLUZ-TV, the Albuquerque Univision affiliate.

Martinez has long acknowledged her Mexican heritage. But when asked previously about reports that her grandfather was an illegal immigrant, her office has said Martinez was unsure of his status since he abandoned the family when her father was young.

We reported that Martinez undid a provision that former governor Bill Richardson put into place barring police from asking about legal status. She also wanted to repeal the state law allowing people to get driver’s licenses without sharing their legal status. Martinez is all about “border security” and has said she’s anti-DREAM Act.