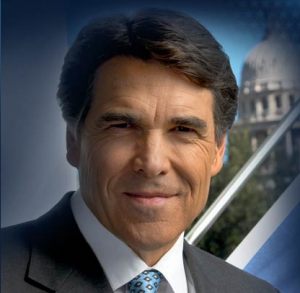 Rick Perry is not a pro-Latino candidate; we’ve said this before and this week as a lawsuit over Texas’ recent redistricting makes its way through the courts, this fact is becoming ever more clear. As a matter of fact, it is becoming clear that Rick Perry was instrumental not only in preventing the creation of new Latino districts, but of diluting Latino and African-American districts that swung Democratic in the 2008 election.

Previously we wrote about how this was going to happen, as a matter of fact, eminent redistricting attorney Rolando Rios told News Taco that the redistricting was “horrible” for Latinos, as evidenced by this map, which shows the heavily minority Dallas-Forth Worth metro area criss-crossed so severely so as to destroy any chances that these residents could come together to elect someone they feel represents them.

Even the conservative National Journal wrote about it, calling his involvement “Perrymandering,” check it out:

[Republican Congressman Joe] Barton and [Rick] Perry, however, had different ideas. Barton, apoplectic that Republicans would consider drawing any new seats for Democrats, savaged the idea of a new Latino majority seat in the Dallas-Fort Worth area. Instead, he insisted on a more aggressive plan that would draw an extra GOP seat there even though there are now more Latinos in Dallas-Fort Worth than in the Rio Grande Valley. And to get around the anticipated strict scrutiny from the Obama administration’s Justice Department, Perry and others advocated for bypassing the Justice Department and seeking preclearance in a trial at the District of Columbia Circuit Court of Appeals.

So when folks try to say that Perry is somehow a “pro-Latino” candidate, or that he has “Hispanic support,” it’s of the utmost importance that other facts be considered first. If Perry were such a pro-Latino candidate, why would he purposely insert himself into the redistricting battle in order to decimate Latino voting power? Does that sound like the kind of thing one does to garner “Hispanic voter support?”