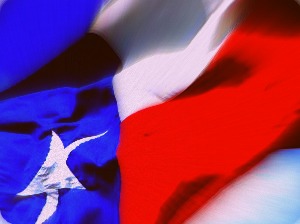 This is the week of the big showdown in a Texas courtroom. I don’t mean to breech the fuzzy limits of melodrama, but what happens in that federal courtroom could change the politics of the state and the role that Latinos play in it forever – so it’s worth reviewing the plot and the players.

“I am not surprised at what I think essentially is a power grab by a demographic that is declining in the state of Texas at the expense of the growing minority community,” said Rep.Trey Martinez Fischer, D-San Antonio, chairman of the Mexican American Legislative Caucus, which has raised about $2 million to help challenge the redistricting map.

The background is well known: Latinos accounted for a vast majority of the population growth in Texas, and that growth is the reason that the state added four new congressional districts. MALC and other Latino advocacy organizations have called for three of the four new districts to be Latino-majority; the Republican-devised redistricting scheme grants only one. So MALC sued, which isn’t  surprising, nor is it new. Many of the past redistricting squabbles in Texas have ended up in federal court. But this is different in a couple of new ways.

First, never in the past had a redistricting case in federal court been backed by an irrefutable Census count. There are more Latinos in Texas than there were 10 years ago – that is a fact. And because of this fact Latino Texans feel they’re due adequate, equitable and proportional representation.

Second, never before has a law suit of this kind been brought before a panel of three federal judges, two of whom are Latino: U.S. District Judge Xavier Rodriguez and U.S. District Judge Orlando Garcia. Some folks think that this bodes well for the Latino cause, but in truth these are federal judges who are sworn to uphold the law, so the MALC law team has a formidable battle ahead.

Nina Perales, of the Mexican American Legal Defense and Education Fund, put it this way:

What’s happening in Texas could be described as a changing of the guard, but the old guard won’t go with out a fitful fight. So this case in a Federal court in San Antonio is the formal and potentially final showdown between the old guard Republicans and the new, rising, democrats led by Latinos in the state house of representatives. So it’s not melodrama; it really is that important and status-quo busting.

News Taco will keep an eye on the suit and let our News Taco readers know if anything important comes of it. And that’s an understatement, because whatever happens in that courtroom starting Tuesday will be of importance – regardless of the outcome.