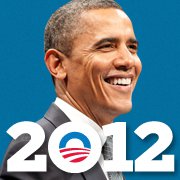 A poll released last week by the group Public Policy Polling shows that even though Latinos aren’t crazy about President Obama right now, they’re even less enthusiastic about the current crop of GOP candidates. Which is interesting, considering that Latinos are not thrilled about Obama right now, given low poll numbers.

It seems to be a “We don’t love him, but we really don’t like them,” kind of deal.

Here’s a breakdown of the results of this particular poll and how Latinos view Obama’s current contenders. The numbers in parentheses indicate how the President fares against them:

Given that undecided voters also factor into the stats, it appears that Latinos have really made up their minds about Palin! So what’s the deal, Republicans?  Even though many of the presidential hopefuls claim to share similar family values as Latinos, are their views on immigration to blame for the disconnect?

Or is it that Latino voters are “truly liberal at heart”?  In the meantime, the other candidates have a year to work on their Spanish and target the issues Latino voters care about if they want to secure the GOP nomination or win the White House.