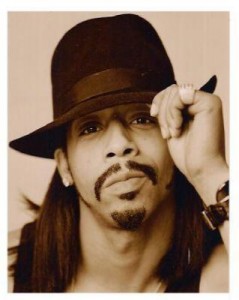 Comedian Katt Williams, who made a name for himself on BET and movies, faced a heckler last night at a comedy show in Phoenix. When he confronted the heckler, Williams found out the person was of Mexican descent and began to get out of the comedy and go into a racist rant that is hard to describe.

While Williams’ racist insults continue as the crowd eggs him on, he is heard saying, “Mother****** thinks you can live in this country and still be allegiance to another country. You know how white people said to us [blacks], ‘Go Back to Africa’ and we didn’t want to? Well, if you love Mexico, b****, get the f*** over there.'”

Here is the video of the performance:

Really? We understand that the heckler you so unabashedly dressed down and insulted might have been in your face, but did you have the break the cardinal rule of abusing the power of the stage and the microphone to make your point?

As performers, bloggers, activists, and people who believe in INCLUSION, RESPECT, and UNDERSTANDING, your insensitive and dare we say racist rant against people of Mexican descent does nothing to help anyone who fights for a better society, free of racism and ignorant nativism. Your comments are just as bad as any Latino hater from Glenn Beck to Lou Dobbs to Sherriff Joe.

In addition, your comments were made in Phoenix, which is ground zero for the anti-Latino sentiment that is sweeping the country. Thank you so much for adding to the hate. We expect it from middle-aged white men who fear change in this world, but we would never expect it from a person of color, who knows what it feels to be discriminated against, who has felt racism in his soul, and who also knows what it is to be a second-class American citizen.

We hope that you take a moment and offer a sincere apology to the millions of US Latinos you have insulted with your comments. Maybe you said them in the heat of battle since that heckler was dissing you, but even so, your words hurt and sting. That was not comedy, that was arrogant racism. You should know that feeling, growing up a person of color in the United States of America.

We demand an apology for your ingorant comments and hope you see the light of your mistakes. We are cool if you just say you are sorry, here’s hoping you do.