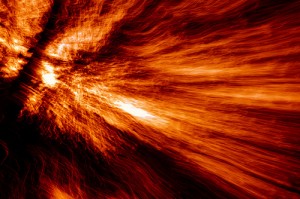 Despite John McCain’s claim of “substantial evidence” against illegal immigrants, federal authorities are pressing charges against two Arizona natives for starting the largest and most destructive blaze in the state’s history.

According to azcentral.com, Joshua Malboeuf and David Wayne Malboeuf of Tuscon are being charged with five low-level counts of federal offenses in relation to the wildfire that cost $79 million to extinguish, burned over 538,000 acres, and destroyed dozens of homes, businesses, barns, and other buildings near the Apache National Forest in eastern Arizona.

The Malboeufs were camping with their two dogs in the Bear Wallow Wilderness over Memorial Day weekend.  The men believed themselves to be experienced campers but after lighting a campfire on May 29  to cook breakfast, the report states that:

The cousins told investigators that they remained in camp for several hours and, assuming the fire was out, embarked on a hike while leaving their blue heeler dogs and camping equipment behind.

“They stated that they believed their campfire was out because David threw a candy wrapper in the fire just prior to their departure, and it did not melt,” court documents said.

As written in the complaint document against the Malboeufs, which can be viewed on the BBC News website, they went back to let their dogs off the leashes but the men were unable to approach the campsite due to the heavy smoke and flames.  The cousins fled to a safe area near a river and did not notify forest officials of the fire until the following day.  Investigators returned to the place they believed to be the fire’s origin, and found both dogs, one dead and the other alive, wearing tags labeled with the cousins’ names.

The Malboeufs will make their first court appearance on September 19 in Flagstaff, Arizona in a U.S. District Court and each face up to 30 months in jail and/or a $25,000 fine if convicted.

Perhaps Senator McCain should have focused more on making conclusions based on hard evidence instead of making false accusations and setting off a political firestorm.  In place of making such incendiary statements, the Arizona senator should work on helping the victims of the fire recover and unite the people of his state rather than trying to divide them.