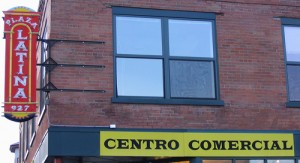 The findings from a new study released on Tuesday revealed that Hispanic business owners site family as a driving force behind their businesses, but only 1 in 4 have a succession plan in order, a contradiction indicative that overall lack of financial savvy is putting Hispanic entrepreneurs at a greater risk.

The study by MassMutual, a life insurance company, was made public at the Association of Latino Professionals in Finance and Accounting’s national convention. The ALPFA is a non-profit organization that serves Latino professionals and students.

The study also found that Hispanic business owners are worried about meeting their personal long-term financial goals and express discomfort with financial investments.

This disconnect is disconcerting for Manny Espinoza, CEO of ALPFA, who says the organization is dedicated to cutting down on this disparity.

“As an organization that empowers future Hispanic leaders in all aspects of finance, our members will be on the front line of providing Hispanic entrepreneurs with the tools and information they need to safeguard their future security,” Espinoza said. “It is our responsibility as business leaders to examine solutions to the disparity of knowledge, confidence and usage of financial services.”

MassMutual teamed up with ALPFA as part of its Hispanic Fiscal Fitness Initiative, which aims to help Hispanic business owners improve their financial knowledge and better leverage tools out there to help them run their businesses.