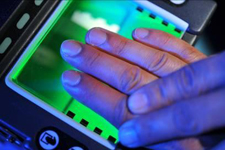 Last week, the Department of Homeland Security informed dozens of states that they cannot opt out of the controversial fingerprinting program known as Secure Communities, designed to identify and deport undocumented immigrants with criminal records.

In a letter sent to 39 Governors, federal officials informed them that any previous agreements over the program were now considered void.

The move was taken to “to avoid further confusion,” according to the Immigrations and Customs Enforcement (ICE) Agency.  The program works by sharing fingerprint data collected by local and state police with federal authorities, singling out the most dangerous criminals for deportation.

Previously, states signed memorandums of agreement with federal authorities before implementing the program, an agreement that officials now say was only meant to educate the states over the how the program works and not as an approval.

“Today’s action represents a disagreement with that approach, and we’re trying to put more clarity into how this system actually works,” a Department of Homeland Security official said Friday. “We’re going to continue the program, but we’re going to do it without MoAs.”

Before last week, various states announced they had either opted out or were moving forward with the program.  Earlier this summer, La Plaza reported that New York had chosen to suspend the program while Texas planned to expand it.

Critics of the program say undocumented immigrants with minor infractions or no criminal record have been deported and that it discourages the reporting of crimes within immigrant communities for fear of deportation.

“For DHS to act with such disregard for local leadership, community policing and fiscal prudence is an act of bad faith and bad policy,” Ali Noorani, executive director of the Washington-based National Immigration Forum, said in a statement.

The Obama administration anticipates that the program will be implemented nationwide by 2013.