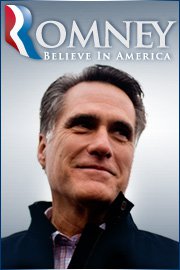 Lots of folks have been mentioning this Washington Post story about Mitt Romney’s Mexican relatives. In case you don’t remember, and as we previously reported, Romney’s ancestors fled to Mexico in order to continue their practice of polygamy. Then, they kind of, sort of, maybe came back to the U.S. illegally. Romney’s father was born in Mexico and his relatives there think his stance on immigration is a bit harsh, here is a snippet:

Mitt’s conservative values are widely shared here — with the possible exception of his views on immigration.

“The Hispanic vote is becoming powerful in the U.S., and I don’t think Mitt understands the causes of illegal immigration,” said Kelly Romney, another Mexican-born cousin, who lives beside the Mormon temple and whose family raises cattle and chili peppers.

He said Mitt would be wise to eschew the harsh rhetoric against illegal immigrants that is popular among GOP hopefuls, proposing to arrange a meeting for Mitt on the topic with a local Mexican politician and Mormon, Jeffrey Max Jones, who was senator for the state of Chihuahua from 2000 to 2006. Jones lives in the Colonia Dublan home in which Mitt’s father was born.

So there you have it. Romney’s own family fled the U.S., found refuge in Mexico, then came back without worrying about papers, and now he wants to be able to stop anyone else’s family from being able to do what it takes to survive. Neat. Even his own relatives are calling his bluff. What do you think? Is Romney wrong or just playing politics?