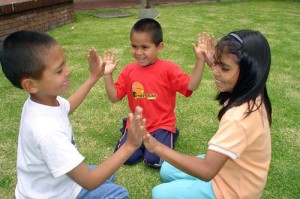 Data from the 2010 Census indicates that immigrant and minority births boosted the nation’s share of children, which reached a record low of 24%.

Since 2000, the number of children in the U.S. increased by only 1.9 million, with Latinos and minorities largely accounting for most of this number.

The Population Reference Bureau, a non-profit research group in Washington D.C. that studies global and U.S. trends, released the data and highlights the importance of lifting the nation’s population. It indicates that without the boost of children from immigrants, the nation will face dire consequences.  The nation’s growing elderly population will depend on a work force that will be able to support it, but the current rate signals trouble for the years ahead.

“The ‘minority youth bulge’ is being driven primarily by children in immigrant families,” Mark Mather, associate vice president of the Population Reference Bureau and co-author of the report, said. “They are transforming America’s schools, and in a generation they will transform the racial-ethnic composition of the U.S. work force.”

The data also shows that children of immigrants make up one in four people under the age of 18.  Latinos are the ethnic group most likely to have large families.

The number of non-Hispanic white children declined by 10% in the last decade to 39.7 million, while the number of minority children rose by 22% to 34.5 million.

Growth in the U.S. population is expected to continue to grow in the next several decades, at least through the year 2050.