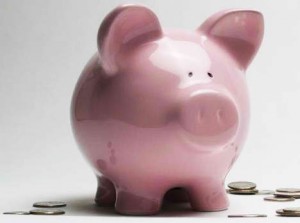 By Christian E. Weller, Senior Fellow at the Center for American Progress

Latino families, like African-American and white families, eagerly await a recovery in the U.S. housing market. Their economic security desperately depends on such a recovery, yet the housing market could face another crisis if Republicans in Congress get their way and the federal debt ceiling—the amount that the federal government can borrow—is not raised or not raised in time to prevent the U.S. government from defaulting on its debt obligations. Why? Because interest rates, including those on mortgages, would rise sharply, thus reducing home sales, housing values, and construction jobs.

Housing plays a pivotal role in the economic lives of communities of color, particularly Latinos. Owning a house is a key component to gaining economic security, and the construction industry is a vital source of jobs for many Latino families. The Latino homeownership rate rose steadily through 2007 before the crisis hit. More than half  (50.1 percent) of all Latino families back then owned their own house. And, the construction boom during the last business cycle, from 2001 to 2006, meant that Latinos saw stronger labor market gainsthan either African Americans or whites as the economy expanded.

The situation has drastically changed with the crisis. The Latino homeownership rate, along with that of African-American and white families, dropped steadily, falling to 46.8 percent in March 2011 —its lowest value since 2003. And, those families who still own their home have seen its value quickly erode. The Federal Reserve reports  that the typical non-white or Latino family, who owns their own home lost $20,700 in housing value, a drop of 15.3 percent from 2007 to 2009, a much steeper decline than the 10.6 percent decrease in housing value for white families.

Lower home values forced potential homeowners to reconsider buying or building a new home. Construction subsequently lost more than two million jobs from their peak in the spring of 2006 to early 2011. This decline particularly affected Latino men , whose unemployment rate rose from 3.8 percent in May 2006, when the construction labor market started to turn around, to 10.6 percent in May 2011.

A recovery in the housing market would start a return to growing economic security for millions of Latino families. There would be more job opportunities, the value of their homes would start to rise again, and more families would gain access to homeownership to build wealth.

Such a housing recovery, though, could be quickly derailed if mortgage interest rates rise. Higher mortgage rates make homes less affordable and thus reduce demand for new and existing homes. Less demand for homes further depresses already low house prices. Lower house prices will in turn destroy more housing wealth, contribute to more foreclosures since more families will owe more in mortgages than their homes are worth, and reduce the incentives to build new homes since there would be already many unsold, foreclosed properties on the market. The loss of housing wealth and construction jobs will further erode the economic security of many families in communities of color.

This dire downward economic spiral of economic insecurity in communities of color could quickly unfold if Republicans in Congress get their way and fail to raise the federal debt ceiling by August 2, the date that U.S. Treasury Secretary Timothy Geither says is the drop-dead deadline to raise the ceiling before the U.S. government would fall technically into default.. Experts estimate that interest rates on government debt, which serve as benchmark for mortgage interest rates, would go up by about 0.5 percent if the debt ceiling is not raised. Investors simply would lose some faith in the U.S. government’s ability to manage its affairs in an orderly fashion.

Even when Congress finally raises the debt ceiling—as surely it must given that currently a substantial share of the federal budget is financed with borrowed funds—the damage will be done and interest rates will remain higher than they otherwise would have for some time. The higher treasury interest rates will translate into higher mortgage rates, by about 0.66 percentage points, according to my estimates. This would bring mortgage rates to the highest level since the end of 2008.

The fallout from not raising the debt ceiling could be even worse for the housing market, as my colleague David Minpoints out in a recent column. Government services at the Federal Housing Authority, the Social Security Administration, and the Internal Revenue Services, which are critical to a functioning mortgage market right now, would be unavailable, so long as Congress does not raise the debt ceiling. The lack of key services could quickly exacerbate the downward spiral in the housing market set in motion by higher mortgage interest rates.

Families hoping for a much needed recovery in the housing market could quickly find themselves in the throes of another crisis. Millions of families in communities of color—families who have suffered for years from depressed wealth, high foreclosure rates, and widespread joblessness—would pay the price in the form of less economic security for an irresponsible political gamble with the federal debt ceiling.