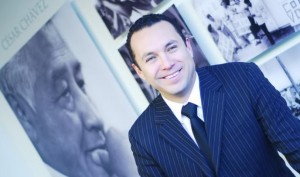 Social Security is central to the economic security of all Latinos, young and old alike. For 75 years it has played a vital role in providing a safety net for the protection millions of retirees, disabled workers and aged widowers. Social Security has mitigated economic hardship for vulnerable communities, serving as one of the most successful government programs whose benefits can be credited in part with alleviating poverty among the elderly.

As working families nationwide struggle with widespread economic insecurity and baby boomers approach retirement, the President’s fiscal commission is suggesting cutting already modest Social Security benefits as part of the deficit-reduction strategy. This plan is flawed and conservatives are capitalizing on the opportunity to call for the privatization of Social Security, reducing benefits and lifting the retirement age in the name of fiscal discipline. These proposals neglect the impact of such cuts on most beneficiaries who rely on Social Security as a principal source of income and lack alternative pension benefits.

As the youngest and fastest growing segment of the U.S. population, Latinos stand to lose if these modifications are implemented. By 2050 Latinos will comprise 17.5% of the U.S. elderly population and on average, Latinos earn less than the average U.S. worker (median earnings of $30,000 compared to $40,000) limiting the benefits available to them during retirement and savings they can accrue. Without Social Security, the poverty rate among Latino elderly would triple. Latinos are less likely to have an employment-based pension since 6 out of 10 whites over 65 have some type of retirement account while only 1 out of 10 Latinos over 65 have any type of retirement account at all.

Latinos are stakeholders in ensuring the longevity of Social Security not only as contributors but also beneficiaries. Between 2006 to 2016 Latino participation in the workforce is projected to increase by 30 percent compared to 5 percent for non-Latinos and their taxable earnings will make vital contributions to benefit the retiring baby boomer generation.

There is overwhelming support from a majority of the American public on the need for Congress to take action soon to strengthen Social Security. And Latinos in particular understand the importance of the present and future role of Social Security for our community, and we are willing to pay for it. A recent poll indicates that 84 percent of Latinos agree that preserving Social Security for future generations is critical, even if it means increasing Social Security taxes on workers.

Social Security merits our immediate attention and LCLAA along with several prominent national Latino organizations have joined to re-launch Latinos for Secure Retirement- a coalition to protect Social Security and the future of elderly Latinos from current and impending threats. Protecting Social Security from privatization, benefit cuts and a raise in the retirement age is at the heart of our efforts. To ensure that our elderly can live the sunset years of their lives with dignity we will be relentless in our fight against deficit-reduction measures that target Social Security and exacerbate financial hardship on Latinos.

Hector E. Sanchez is the executive director of The Labor Council for Latin American Advancement (LCLAA). He has worked in education and non-profit organizations, and has over 10 years of policy, advocacy research and community outreach experience. The above article was originally published on NPR. We thank Mr. Sanchez for giving us the privilege to post his article.