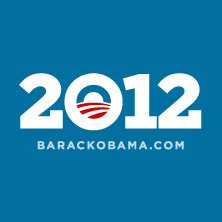 A crucial game-winning piece to keeping the White House in 2012, President Barack Obama’s re-election campaign says it will focus on the Hispanic voting bloc.

“Hispanics could very well decide this election,” an Obama adviser on the campaign said.

Campaign organizers say their strategy is to focus on increasing Hispanic voter turnout in battleground states like Florida and Pennsylvania, both states the president is set to visit Monday before heading to Puerto Rico.

They will also look to smaller states like North Carolina and Virginia with a fast-growing Hispanic population.

On Tuesday, Obama’s visit to Puerto Rico will mark the first presidential visit to the island since President John F. Kennedy.

To many, his visit represents acknowledgement of the increased clout of Puerto Ricans on the mainland, of which the population has grown by 36 percent in the past 10 years.

“For us, it is really a momentous occasion that the President is making an official visit,” Puerto Rico Gov. Luis Fortuño said.

By trying to boost Hispanic voter registration and turnout, President Obama has made it clear that Hispanics could be the most influential segment in deciding the next Presidential election.