The state-run program in Georgia that puts the probation population to work in farms to make up for the shortage of farm laborers in the wake of an anti-immigrant law passed by the state is not yielding the results hoped for. 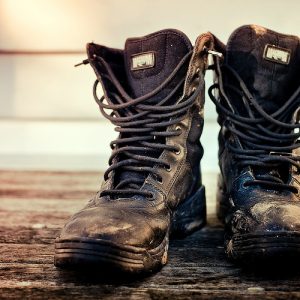 The program was started by Republican Gov. Nathan Deal after farmers complained that the anti-immigrant law he recently signed had resulted in an exodus of Latino farm workers leaving them with a shortage of labor that seriously jeopardizes their farming operations.

“It’s not going to work,” Benito Mendez, a crew leader at one Georgia farm, said. “No way. If I’m going to depend on the probation people, I’m never going to get the crops up.”

For the last week, Mendez has supervised several probationers but he says most call it quits early and don’t produce the same results as their Latino counterparts.

“Tired. The heat,” Tavares Jones, a 33-year-old worker said as he left early for the day at the farm Mendez works. “It’s hard work out here.”

Farmers have calculated that there are currently about 11,000 vacant positions at their farms.  Crops that aren’t harvested soon could result in significant losses across the state if the matter isn’t resolved quickly.

So far the program is only in effect at one farm, but could expand to more in the next few days.

“Those guys out here weren’t out there 30 minutes and they got the bucket and just threw them in the air and say, ‘Bonk this, I ain’t with this, I can’t do this,’” Jermond Powell, a 33-year-old probationer working at the farm, said. “They just left, took off across the field walking.”