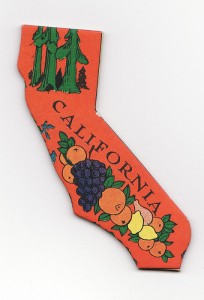 Newly drawn maps for congressional districts in California are being criticized for not adequately representing Latinos, with one prominent Latino leader calling them the “worse-case scenario for Latinos in California.”

Just a little over a week ago, the Citizens Redistricting Commission, a 14-member panel of citizens appointed by the state and charged with redrawing voting districts, released its proposed maps to the denigration of many Latinos, which claim the maps will hurt them as a voting bloc.

“These maps in no way reflect the population shifts of the past 10 years that were documented by the 2010 census,” Arturo Vargas, Executive Director of the National Association of Latino Elected and Appointed Officials, said. “Latinos accounted for 90% of the state’s population increase. When you look at the combined number of districts statewide that would be effective Latino districts, we actually end up with less than what we have now.”

The U.S. Census showed that Latinos accounted for the bulk of California’s population growth over the last decade, up to 90 percent, but under the proposed plan only seven out of the 53 congressional districts can be considered “opportunity districts” for Latinos.

Saying that the maps have “thrown communities of interest out the window,” Vargas also cited one district where Latino voters may be pitted against African American voters.

“Were going to have to mobilize the community,” he said. “I think this is going to create a full employment program for voting rights lawyers because of what they have done here to disenfranchise Latino communities in L.A.”