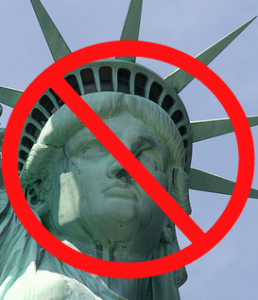 Anti-immigrant laws could soon emerge in states that have traditionally stayed away from passing the divisive legislation within their borders, according to the author of two of the harshest immigration laws in the country.

Kansas Secretary of State Kris Kobach, by now more closely associated with the divisive anti-immigration laws making headlines across the country than for his official post overseeing elections and business matters in Kansas, predicts that Missouri and Pennsylvania will be the next states to pass tough immigration laws.

Kobach is the primary author of Arizona’s SB 1070 and the recent Alabama law that force law enforcement officials to question the immigration status of anyone they detain during routine stops. With the Alabama law, Kobach went several steps further and included mandates that prohibit undocumented persons from accessing public services, including schools and universities, to name a few.

“It’s likely that Missouri will raise its standard up to the Arizona or Alabama level,” Kobach said recently in the wake of the harsh Alabama law.  “And there’s a good shot that something might pass in Pennsylvania. It’s hard to predict too far out in the future, but those are probably the two best bets.”

If any of Kobach’s predictions do come to fruition, they won’t be heard about until early next year, since most of the state legislatures across the country have wrapped up their current legislative sessions.

One exception might be Texas, where Gov. Rick Perry introduced an immigration bill into the special session set to conclude at the end of June.  The fallout from existing immigration laws could also have an impact on whether states will pass their own versions.

Farmers in Georgia say they are facing a severe labor shortage as a result of the recently passed immigration law, which is far less restrictive than Alabama’s.  In Arizona, taxpayers have seen a significant amount of their dollars spent on costly lawsuits, including one by the federal government, to defend the legislation which is considered unconstitutional by many law experts.  The state also lost millions of dollars in revenue as a result of boycotts and cancelled conventions in protest of the law last summer.

This summer, Kobach will also be embroiled in litigation over immigration laws in Hazelton, Penn. and Farmers Branch, Texas, but says this will not interfere with his day job.  He says he was sitting in a turkey blind when he wrote the tough Alabama law on his laptop.

“Some politicians golf in their spare time,” he said. “I spend mine defending American sovereignty.”