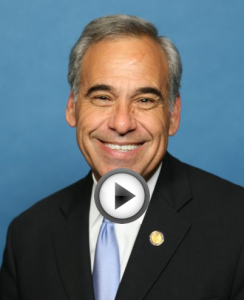 News Taco interviewed Congressional Hispanic Caucus Chair and San Antonio-area Democratic Congressman Charles A. Gonzalez, who spoke to us about the tragic consequences of using immigration as a wedge issue.

What’s more, he told us, using immigration as a wedge issue to color the conversation about education or healthcare inevitably slows down the political process and lessens the quality of the debate on these issues.