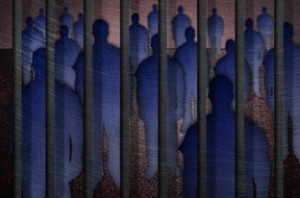 A controversial immigration enforcement program has been suspended in New York, while Texas looks to expand it.

New York Governor Andrew Cuomo recently suspended the Secure Communities program, which is administered by Immigration and Customs Enforcement and is designed to target serious criminals for deportation.  The program allows local law enforcement officials to compare the fingerprints of those arrested to a federal database to determine if the individual is eligible for deportation.

Cuomo says the program implemented in 35 of New York’s 62 counties, was not working and was making immigrants reluctant to cooperate with law enforcement officials. From the beginning, the program was met with the complaint that it violated “due process” because it could affect people who had been arrested but not convicted of crimes.

In Texas Gov. Rick Perry, on the other hand, is seeking to expand the program across the state.  The program has already been implemented in every county of Texas, but a bill by Sen. Tommy Williams, SB 9, would increase the initiative to include every detention facility in the state as well. The proposed measure would make it a requirement for local and municipal jails to also participate in the program. This addition would ultimately close a “loophole” in the current process, according to Williams.

Opponents of the program argue that Secure Communities was intended to identify and remove the worst criminal immigrants, not single out minor offenders.

Reaction to the program has varied from state to state and is being closely monitored since the feedback is considered vital in determining its success, given that the U.S. Department of Homeland Security expects the program to become mandatory nationwide by 2013.