By Jason A. Lorenz, Esq., Executive Director of the Hispanic Technology and Telecommunications Partnership (HTTP). 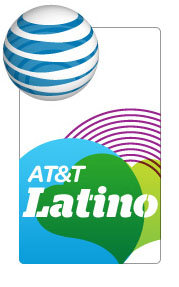 As represented in the FCC docket, the proposed merger of AT&T and T-Mobile has received substantive support from national Hispanic organizations including Hispanic Federation, the National Hispanic Caucus of State Legislators (NHCSL); the Labor Council for Latin American Advancement (LCLAA); the US Hispanic Leadership Institute (USHLI), the US Hispanic Chamber of Commerce (USHCC), LULAC, and ASPIRA, among many others[1].

14 leading organizations joined in writing the FCC in support of the merger, while highlighting, and asking the Commission to consider the Latino community’s particular interests in the transaction. HTTP also submitted its own letter to the FCC, which highlights the diverse range of Latino voices supporting the deal.

The national organizations, in completing a detailed analysis of this transaction, articulated several issues – including price and availability of service, commitment to digital literacy and adoption from a post merger AT&T, and careful consideration from the FCC in facilitating opportunities for Latino business participation in potential divestitures, as key importance to Latinos.

Many news stories have recently covered “large numbers of filings” in opposition to the merger, however, and notwithstanding those critical of the merger who took the time to constructively convey their concerns, a review of the docket shows a large portion of these comments are not substantive, and are merely generated by automated forms resulting from e-mail Acton Alerts pushed by “public interest groups.”

While all large mergers raise eyebrows, this transaction stands to increase, or create first-time access to high-speed mobile broadband technologies in some of the most underserved rural communities — and does so by creating jobs through investment in upgrading the combined network with $8 billion of investment over seven years. Those jobs are likely to be unionized — as AT&T is the only unionized workforce in the industry. T-Mobile not only does not have a path to developing next-generation, 4G/LTE technologies on its own, but its parent company, Deutsche Telecom has said publicly, it would no longer invest in T-Mobile. This could result in a slow failure of the company (T-Mobile has been slowly losing customers) or, just as destructive, a low-quality second-class network that does not evolve to make state of the art technology available to its customers.

The American telecommunications industry is among the most fiercely competitive, innovative business sectors in the world. While we all advocate for more and better service and continuing the trend of lower mobile prices, we should not let those who see the word “merger” as automatically anti-competitive or anti-consumer, scare us into thinking that AT&T would spend more than $39 billion to take us back to the 1980’s Zack Morris cell phone.

In a week where the PEW Center reports that Latinos are leading the rapidly growing group of Americans reporting use of the Internet to make phone calls — 27% of Latinos report using Internet call services — we are reminded that the facts and the history of innovation just do not bear out the scare-mongers message.