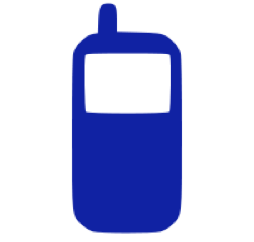 The study indicates that nearly 90 percent of Hispanics own mobile phones and 53 percent of Latinos use mobile devices to access the internet; significantly outpacing other demographic groups.

More than just a tool for staying connected, Hispanics use these cell phones to build connections and organize for political and social action.

One example is the 2009 text-messaging campaign developed by Reform Immigration FOR America and the Fair Immigration Reform Movement to promote immigration related issues.  During the course of the campaign, simple message alerts sent out key information and helped increase attendance to influential rallies and hearings.

Social media accessed by mobile technology has also been a leading force for Hispanics in the fight for providing children of undocumented residents access to college education and a path to citizenship.

Thousands have expressed their support for legislative action on the DREAM act via Facebook.  Additionally, hundreds of sites accessible through mobile phones have been created to support this law, including many for specific states, regions and cities across the country.

“Mobile and wireless technology have helped narrow the digital divide for Hispanics,” Gus West concluded. “Our new report illustrates how important mobile technology is to the Latino community — and how Hispanic consumers will use these services in the future.”