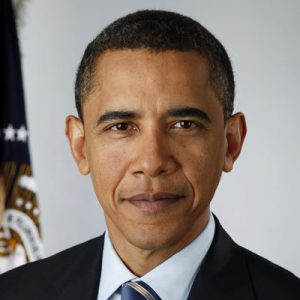 President Barack Obama plans to push forward with his call for immigration reform in El Paso, Texas on Tuesday.

For the last several weeks, the President has taken visible steps to move immigration reform towards the top of the agenda in Congress, holding a number of meetings with top Hispanic lawmakers at the White House and convening a meeting with an array of national leaders including politicians, businessmen, and religious leaders in Washington last month.

Obama is likely to urge Congress to work across party lines to come up with a plan for comprehensive immigration reform that will address border security and the undocumented immigrant population in the country.

Republicans have said they will not support any plan that includes any form of amnesty and Democrats have said a plan that only addresses border security will not be enough to fix the broken immigration system.

Senators Charles Schumer (D-NY) and Sen. Lindsey Graham (R-SC) are reported to be in talks once again to design an immigration bill that will appease both sides, but signs point toward a similar outcome as last year when their efforts ultimately failed.

“President Obama’s push to legalize millions of illegal immigrants is purely political,” Rep. Lamar Smith (R-TX), who opposes the President’s stance on immigration, said. “The president wasn’t able to pass his version of immigration reform when he had large Democratic majorities in the House and Senate because of bipartisan opposition. It is unlikely he will succeed anytime soon.”

“My recommendation not just to the Republican Party but also the Democratic Party is that this country, our federal leaders need to pass comprehensive immigration reform,” Alberto Gonzales, former Attorney General under the Bush administration and the first Hispanic to ever hold the position, said.”Their failure, and it is a failure, has led to state governments taking action by passing state laws and we are going to have a patchwork network, of state laws governing immigration.”

Gonzales made his remarks Sunday on the Spanish-language public affairs program “Al Punto,” which airs on the Univision network.   He also criticized Republicans for their attempts to alter the 14th Amendment to deny citizenship to the children of undocumented immigrants.

“We all know that amending the Constitution is very, very difficult to begin with, but even if we were successful in changing birth right citizenship, it would not solve our immigration problem because most people that come into this country that are undocumented come here to find a better life, they don’t come here to become U.S. citizens,” he said.

As attorney general, Gonzales supported the comprehensive immigration reform proposal sought by President George W. Bush.  Opposition from conservatives in Congress at the time forced the administration to withdraw the bill.