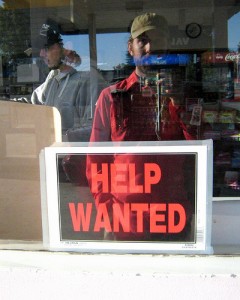 Professional Latino/a? Bilingual? Looking for a job? You may want to try Tennessee.

The  Latino population in that state grew by 134 percent, to 290,000. And while that may not seem like much across and entire state, in ten years, it’s got Tennesseans worried. The problem is that Latinos there have gone from being invisible to being everywhere – so the statistics don’t tell the whole story. According to school district reports about 180 thousand kids in their schools, under the age of 18, are Latino. This is a huge change for communities that had scarcely seen Latinos before, ever.

So the Tennessee Hispanic Chamber of Commerce (that’s right, they have one of those in the Great Smokey and Appalachian mountains) put together a summit to discuss Latinos in Tennessee and what that means to  just about everything in that state.

The conclusion: they need bilingual professionals to work in the schools and hospitals, to recruit for the Universities and to help expedite government and social services (public health and the like). A report in The Tennessean says:

(Chairwoman of the department of sociology at Vanderbilt University, Katharine) Donato compared the situation for Hispanics in Tennessee to what Italian immigrants went through here in the early 1900s. Many worked hard while living in less than pristine conditions before they were able to climb the socio-economic ladder.

As Hispanic families settle in, they need more access to financial institutions, said Renata Soto, executive director of Conexion Americas, which helps Latino families in Middle Tennessee. Many families she deals with don’t have bank accounts.

Tennessee has become the quintessential Latino growth market – and they’re hiring.  How do you pronounce Chattanooga in Español?