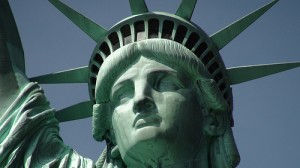 The New York Times published a great piece on Sunday about John Tanton, who the story noted was probably one of the most influential, yet unknown people in the country. Essentially the story breakdown is this: Tanton is a doctor in rural Michigan who became interested in immigration and went on to found three of the most powerful anti-immigration organizations in the country: Numbers USA, Federation for American Immigration Reform (FAIR) and the Center for Immigration Studies (CIS).

The problem with this is that Tanton, in his writings, became interested in eugenics, which is to say, that some races (namely whites) are genetically superior to others (um, like immigrants, say, Latinos?). The organizations he founded have been criticized for race-baiting. But I think the bigger picture of this story, which several people pointed out to me has been reported on several times before, is that a larger movement to marginalize Latinos is real.

It’s easy for politicians and people with money to say that this is a “conspiracy theory” but when you read The New York Times story, or any of these others, what you find is that there has been a systematic, thought-out, deliberate movement for decades to strip away the rights of immigrants, or people (read: Latinos) who may “look” or “act” like immigrants, as well as to change the conversation from one about actual immigration to one about how “these people” are destroying the country. The Times reported:

He set off a storm of protests two decades ago with a memorandum filled with dark warnings about the “Latin onslaught.” Word soon followed that FAIR was taking money from the Pioneer Fund, a foundation that promoted theories of the genetic superiority of whites.

Dr. Tanton, who remains on the FAIR board, denied charges of racial bias and donated his papers to the University of Michigan to show that he and colleagues “are not the unsavory types sometimes alleged.” They include hundreds of private letters, some outlining his interest in genetic differences between the races and concerns about the country’s changing ethnic mix…

Dr. Tanton promoted the work of Jared Taylor, whose magazine,American Renaissance, warned: “America is an increasingly dangerous and disagreeable place because of growing numbers of blacks and Hispanics.” (To Mr. Taylor, Dr. Tanton wrote, “You are saying a lot of things that need to be said.”)

And all of this was done out in the open, with huge amounts of contributions, with reporters at major media outlets listening and dispensing this information, and no one did anything about it because the movement couched its arguments in terms of “policy.” So what are you going to do about it? You going to get informed about what’s going on, register to vote, register your community to vote, get the word out about this type of stuff? What do you think can be done?

[Photo By The Bridge]