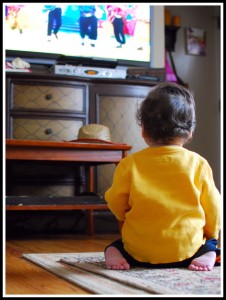 According to a new research study published this week in the journal Pediatrics, lack of play time and leisure activity has contributed to Latino kid’s excess weight.

Researchers at Vanderbilt Children’s Hospital conducted a study to test the relationship of parent’s physical activity compared to that of their children.  They tested Hispanic parents and children by placing a small device to measure the amount of time each spent engaging in vigorous physical activity.

Among the key findings were that compared to white children, Hispanic children between the ages of 6 and 17 aremuch more likely to be physically inactive.   The study concluded that about 22.5% of immigrant Hispanic children, 17.2% of U.S.-born Hispanic kids with immigrant parents, and 14.5% of U.S.-born Hispanic kids with a single immigrant parent are considered sedentary.  These numbers are significantly higher when compared with non-Hispanic white peers in which 9.5% are considered inactive.

“These striking figures should not be taken lightly,” the authors wrote. “Overweight and obese status established by preschool has been found to persist into adolescence and adulthood.”

The research concluded that parents lacked rigorous physical activity. Children reported a little higher level of physical activity but girls in particular showed regression as they progressed to adolescence and adulthood.

“Girls in particular–would likely follow an established pattern for Hispanics, and become even more inactive as they progressed to adolescence and adulthood,” according to the study.

These figures contribute to the on-going problem of obesity within the Hispanic community in which “roughly three-in-10 Mexican American children between 2 and 5 in the United States are overweight or obese–higher than the general population’s rate of 24.5%.”