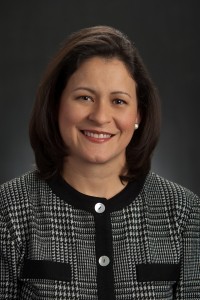 Reflecting on the 2010 Census results and the dramatic increase in the U.S. Latino community, I ask myself how we once again find ourselves in the same predicament as 10 years ago, with no national sense of urgency to fix Latino education when it has significant implications for our future workforce.

Even though the last census correctly predicted Latino growth of more than 50 percent; even though compelling and substantive books have been published making the case that the future success of America is tied to the nation’s fastest growing demographic – “Latinos and the Nation’s Future,” edited by Henry Cisneros; and even though Latino leaders have worked very hard to improve the education and economic well-being of Latinos, we continue to have a Latino education crisis and major underrepresentation of Latinos in all sectors, especially at senior levels.

These impressive numbers are alarming when we consider the implications for Latino education attainment and the future workforce and economic health of the United States:

What can we do today to so we don’t find ourselves again unprepared to lead ten years from now?

First, heading into the next decade, we cannot simply depict Latinos as being one in six Americans, rather we must emphasize that Latinos already make up the future of our nation, as already one in four Americans are under the age of 18. Furthermore, nine in ten Latino children in America are native born, reinforcing the fact that Latinos are a core part of this nation’s future. (NCLR)

Second, given that Latinos are the fastest growing segment of consumers, employees, and the country’s tax base, more significant and focused investments are needed by all sectors including the philanthropic community. Without significant change in high school completion and college attainment rates, the country faces a shortage of 23 million college-educated adults in the workforce in the next 15 years – a crippling blow to U.S. economic competitiveness. (Lumina Foundation)

The focus must move away from sheer numbers and turn to how those numbers will impact the future of the nation if we don’t change the Latino education dilemma. Without addressing low Latino high school and college completion rates, President Obama’s goal of 60 percent college attainment rate by 2025 – already aggressive – has no chance.

The spotlight must shine on increasing the visibility of and enhancing discussion around Latino educational attainment and the U.S. workforce, promoting the understanding in the national community about the local economic impact created by Latino educational attainment, and engender a vested interest to achieve the 60 percent college completion goal.

Success means that all of us understand the imperative and invests in the country’s future. From leading non-profits and foundations to the federal government, to think tanks and school boards, to teachers and parents, to employers large and small in all sectors – everyone must be invested and not only grasp the urgency of this issue, but take bold actions today to stall if not avert the future collapse of the U.S. workforce and our global competitiveness.