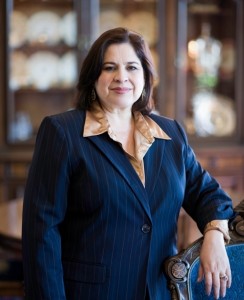 Human Trafficking is the second largest criminal industry in the world. I’m sure that fact, from the Polaris Project, is surprising to many of you.

Here’s another: slightly more than half of all domestic victims in alleged human trafficking incidents are U.S. citizens. That fact, from the Department of Justice’s Human Trafficking Reporting System, is perhaps even more startling. We tend to mistakenly believe that human trafficking only effects non-citizens — women brought here as sex slaves from Eastern Europe or undocumented workers from Latin America who are forced to labor in order to pay off the coyotes who smuggled them across the border. But in reality most human trafficking victims in this country are not from abroad — these victims of human trafficking are from our own neighborhoods and are being exploited in our communities.

However, Texas has recognized its unique geography in the human trafficking problem and has differentiated between human smuggling and human trafficking. Given the statistics from my state, I could no longer turn away from the life of forced misery and devastation caused by those who victimize and profit from this heinous crime. Just last year, I spearheaded legislation to create a Human Trafficking Prevention Task Force housed in the Attorney General’s Office.

This session I authored Senate Bill 24, which is at Governor Rick Perry’s desk awaiting his signature. The bill adds new definitions and harsher penalties to human trafficking laws.

All those who helped in its passage understand the importance and urgency of this problem and I am grateful for the hard work from many stakeholders who identified legislative changes that will push the state forward in its efforts to combat human trafficking. It is thanks to groups like Children at Risk and Shared Hope International, and other leaders in law enforcement, faith based and community groups, health professions, and prosecutors that at last Texas has declared that there will be zero tolerance for human trafficking.

But Texas cannot combat this problem alone. Human trafficking is a complex and serious problem which cannot be dealt with at only one level of government. It will take the cooperation of all local, state, and federal government entities to truly make an impact in preventing human trafficking in the United States. As startling as it is to imagine that human trafficking is occurring in our country, the reality is that this form of modern day slavery does take place in our local neighborhoods and communities. We must do everything possible to severely punish those who profit from this heinous crime and help victims regain their dignity. All too often, human trafficking victims – like victims of other crimes – are overlooked. When these victims are in need of support and resources, our governments are often underprepared and overburdened. We must recognize that runaways and throwaways are most vulnerable to falling prey to the sex trade or being lured into human trafficking, and that these children caught up in the sex industry on the border are not criminals; they are victims–of traffickers, drug cartels, sex tourists, and, too often, government inattention.

What it all comes down to is this: the majority of victims are U.S. citizens being trafficked by other U.S. citizens for the purpose of forced prostitution. Of these trafficked citizens, most are Latina females under the age of 25. We need to take away the myth that this form of modern day slavery is only occurring outside our country and that the Spanish speaking victims of trafficking reside across the border, when in reality it is our Latino teens, our runaways, our foster children being trafficked and forced into a life of coerced misery.

To report a tip or find anti-trafficking services and resources in your area, please call the National Trafficking Resource Center at 1-888-373-7888.

Senator Leticia Van de Putte, a pharmacist for more than 32 years, represents a large portion of San Antonio and Bexar County.  A former-five term state representative, she is now serving her fifth term as a Texas State Senator for District 26. She has served as the Chair of the Texas Senate Democratic Caucus since 2003. Nationally, Senator Van de Putte served as Co-Chair of the 2008 Democratic National Convention, joining the ranks of Texas women Barbara Jordan and Ann Richards.  She has been actively involved in the National Conference of State Legislatures (NCSL), serving as President from 2006 to 2007.  She is an active member of the National Assessment Governing Board, the American Legacy Foundation Board, and the National Hispanic Caucus of State Legislators where she served as President from 2003 to 2005.  In October 2008, Senator Van de Putte was the subject of a book published by Texas A & M University Press, titled Latina Legislator: Leticia Van de Putte and the Road to Leadership, by Dr. Sharon A. Navarro, a professor of political science at UTSA.