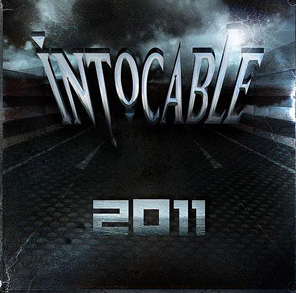 After fulfilling some obligations with their old record company, Capitol EMI, Intocable comes out swinging with their newest CD, 2011.

Recorded on their own Good I Records, Intocable now owns their destiny and can be as creative as they want to be in the studio. 2011is an example of how far they will take their music, while staying true to the Intocable sound.

Prior to the release of the 13-track 2011, Intocable had released the cumbia hitRobarte Un Beso, which included a video in which the super group appears as contestants in a “Mexican Idol” show competing against a dance troupe and a banda duranguense. They lost the “competition,” but the tune and video were a hit.

Right before the release of 2011, the Zapata, TX-based Intocable released another teaser in the ranchera Prometi, which was also an instant hit. The rock influences of the musicians come out on this track and meld perfectly with their Norteño groove.

Partnering with Wal-Mart’s Acceso Total, they released 2011 with much fanfare and with a performance video of most of the tracks–what a gift! I guess that’s why they are in charge of their music. Any other “major” disquera would have fainted at the thought of releasing a CD in this manner, I would say.

Now, to the rest of 2011. Intocable has given us quite a package of music to enjoy; each song as strong as the next.  The onda grupera tune Si Tu Fueras Miagives us a romantic side to Intocable that many enjoy–founded on great lyrics, backed by a tight group of musicians, and sweetened by the dueling bajos of Danny Sanchez and Johnny Lee Rosas.

And for those of us who really enjoy their power-rancheras, Me Dijiste Te Quieroand Llueve do not disappoint. Awesome drumming from Rene Martinez, the acordeon prowess of Ricky Muñoz, and those dang bajo sextos–all framed by the tough bass-playing of Felix Salinas–provide the foundation for great music.

Llueve’s lead-in is especially powerful. Solo Pienso En Tu Amor‘s acordeon-intro, a bajo-backed chorus, and Muñoz’s vocals exhibit more of that freedom they get from going Indie. Aunque Estes Lejos reminds one of the days when Intocable was a start-up and the acordeon-bajo combos on Jurame show us a group willing to go the extra mile on a tune.

Cumbias like Arrepientete and Callada are what we usually expect (and love) from Intocable, but the rock-intro of No Cuentes Conmigo once again shows us the freedom that the group is willing to use. Sergio Serna has come a long way on percussions from his early days, providing more of a groove rather than just a simple cumbia rhythm.

But we also know Intocable for their beer-drinkin’, tell-off songs and Te Aguente‘s line, “Vete ya ingrata mujer,” will surely get the crowds roaring and singing along at their sell-out concerts, as will the liberating No Sabes Amar.

Acordeonista and vocalist Ricky Muñoz is known for saying that when they go into the studio, they never try to top the previous production, but it is safe to say that Intocable has unleashed their strongest one yet.