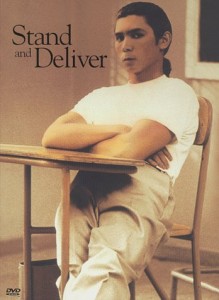 I was riding on the bus today, on my way to work, when I was accosted by the weirdest solicitor of all time.

He was a young man, about 17 or 18 years old. His head was shaved and he possessed an awful teenage mustache. He was wearing a t-shirt announcing the memoriam of Li’l Cuete. The t-shirt had Li’l Cuete’s picture, date of birth, date of death and a message from his homies. The young man in the bus was asking the people either unwilling or unable to contribute financially, to go to a car wash fundraiser that was being held in order to cover the funeral costs.

I guess the irony that we were all riding the bus did not set in.

The problem is that there is no sympathy for Li’l Cuete or any of his fallen cholo comrades. They are seen as the original anchor babies without a homeland of their own to be repatriated to. The cholo is the modern gypsy – viewed by the general populous as a virus with knee socks.

I happen to believe that the cholo is a misunderstood mystery. He walks around with an expiration date, with the conscious knowledge that old cholos are as rare as politicians without agendas. I am not trying to make a case that the cholo has humanity – as a modern desperado they are penalized for exhibiting it. By the same token – I hate to break it to AM radio fear-mongers by informing them that they are not the Aztec warriors taking back lost lands.

Cholos are overt victims of a system that has us all under its thumb. They are just more fatalistic about it. You have to appreciate that fatalism.

Indeed, there is no sympathy for the cholo even though he is the nomad who has to be careful where he ventures. No one is a fashion victim as much as the cholo. When was the last time anyone you know was shot for wearing white after Labor Day? We tend to hate the cholo because of the unspoken mystique they carry. That sense of danger is lost on us with pedestrian lives who will never know what it is like to be fought over or fight for a piece of a street corner that we wrongly perceive as our own. The whole situation is an epic tragedy written with broad Shakespearian strokes.

I know that it sounds as if I am sympathizing with the cholo, and to a certain degree I am. I have lost bus passes and walkmen to cholos in the past. I have been victimized and brutalized, but I must admit that I can still bargain with the cholo, which is something I cannot say about the police.

I am still taken in by the cholo commitment to fate. Don’t get me wrong, I still believe that the young ones are blinded by their own arrogance, but the ones who have let life happen to them are filled with the kind of insight that can only be gained through experience. You can only lower your head in order to go through walls, before you decide to find a way around said wall.

I am Oscar Barajas and I will die as Oscar Barajas, without an alias or snappy comeback. News of my demise will never inspire a fashion line. Although, I have to wonder if the cholo would receive more sympathy if he used wristbands instead of t-shirts.