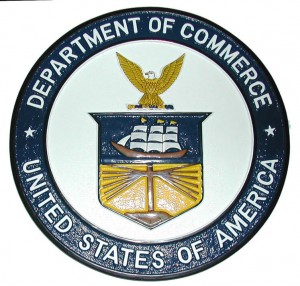 Here’s a choice to ponder. We can either complain about how we’re not taken seriously, or we can take ourselves seriously.

We’ve been talking a pretty big game about the Census numbers and how Latinos are the fastest growing community in the US, poised to change the country’s workforce, markets and politics. But I’m reminded of something I heard the late Willie Vasquez say more than once, that it wasn’t enough to tear down walls and sit at the same table as everyone else – we need to order from the same menu. A kitschy metaphor but it made the point.

There’s a shuffling going on at the highest level of national politics and Latinos should be part of the mix. Pres. Obama has named former Washington State Governor and Secretary of Commerce Gary Locke to be the next US Ambassador to China. And this has left an opportune vacancy at the top of the Commerce Department. The latest rumblings say that former Dallas Mayor Ron Kirk, presently a US Trade Representative, has been tapped for the position, but I know there are several well qualified Latinos of national prominence who would be excellent for the job. But we shouldn’t wait for the President to look our way.

When I was a kid, in Nuevo Laredo, there was a huge empty lot next to our house where I and my neighborhood gang of street urchins would kick a ball around to pass the time. It occurred to us that we could clear the lot of weeds and debris, put up some goal posts and turn it into a decent soccer field. So we got to work, and quickly ran out of steam because of the enormity of the task. This is where my mother stepped in. She was a Tejana, from San Antonio, and understood the concept of petitioning government. So she made some phone calls and a few days later packed the gang into her car and drove us to the office of public works, or mejoras materials, as it was called. We had an appointment with the man who pulled the strings that made things happen. We fidgeted in our seats and asked that a tractor be sent to our little lot to clear the way for a soccer field.

It’s my understanding that this had never been done before – that a group of kids, chauffeured by a lady who took herself very seriously, would dare ask for such a thing. But we made our case and a week later the tractor arrived, cleared the rocks and bramble and we had our soccer field. I’ve never forgotten that that’s how to things get done –  you have to speak up.

I also know that politics plays a huge part in the decisions made at the top-est levels of government. Positions go as favors owed. But, there’s also a big political consideration to be made about appointing a Latino to the Commerce Secretary position. We’ve been talking about it for years and more earnestly in the past few months. Latinos are a huge political force in strategic places. But more than that, there are competent Latinos who would do the job well.

I’ll give you three names: Frank Sanchez, undersecretary for International Trade at the Department of Commerce. He’s from Florida, a must win state for Obama’s reelection; Bill Richardson, former Governor of New Mexico, another important swing state; he made a run for the Presidency and was originally tapped for the Commerce position by President Obama, but withdrew his name from the mix because of an alleged pay-to-play scheme. But that political heat has passed, his resume is as long as the miles he’s traveled as US Ambassador to the United Nations and Secretary of Energy in the Clinton Administration; and Antonio Villaraigosa, the accomplished Mayor of Los Angeles, an important center of Latino politics.

These are all very serious candidates for a very serious position. Reuters summarized the duties of Commerce Secretary:

The Commerce Department is the traditional voice of industry in any administration, but it also houses a diverse collection of agencies ranging from the Census Bureau to the National Oceanic and Atmospheric Administration.

While focusing on issues like exports and business growth, the Commerce secretary serves as one of several top players on Obama’s economic team. Reviving jobs growth is crucial to the president’s re-election prospects in 2012.

That looks like a pretty good item on the menu. I say it should be delivered on a tractor.