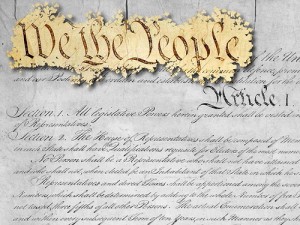 The new Republican speaker of the House in the New Hampshire state legislature wants to take away college students’ right to vote, he says they lack life experience and “vote as liberals” because that’s “what kids do.” The Washington Post reports that speaker William O’Brien made the remarks in a speech to a Tea Party group.

I’ve been posting as many voting rights stories on News Taco as I can because I’ve had a feeling that, along with immigration and birthright citizenship, voting rights as a whole were being challenged as a way to dilute the political power of a growing number of Americans. This Washington Post story puts it in perspective.

New Hampshire House Republicans are pushing for new laws that would prohibit many college students from voting in the state – and effectively keep some from voting at all.

One bill would permit students to vote in their college towns only if they or their parents had previously established permanent residency there – requiring all others to vote in the states or other New Hampshire towns they come from. Another bill would end Election Day registration, which O’Brien said unleashes swarms of students on polling places, creating opportunities for fraud.

The measures in New Hampshire are among dozens of voting-related bills being pushed by newly empowered Republican state lawmakers across the country – prompting partisan clashes akin to those already roiling in some states over GOP moves to curb union power.

Many state legislatures are considering voter ID bills that would require voters to provide an official photo identification when they go to the polls. Voting rights activists say these laws would disproportionately affect minorities and the elderly – the majority of whom are likely Democratic voters.

Democrats charge that the real goal, as with anti-union measures in Wisconsin, Ohio and elsewhere, is simply to deflate the power of core Democratic voting blocs – in this case young people and minorities. For all the allegations of voter fraud, Democrats and voting rights groups say, there is scant evidence to show that it is a problem.

The excuse for these voter-restricting bills had been that they were a safe guard against fraud, to ensure that the people casting votes were who they claimed to be. But this latest twist against college kids is hard to justify.

The debate over voter fraud has become a perennial issue since the contested 2000 presidential election. While limited by federal law and court rulings, states have authority over how they run elections. Although elections officials say there are occasional cases of fraud, experts say the battle lines are drawn largely along deeply partisan – and largely theoretical – lines.

Many of the states where voting rights are being challenged are potential 2012 battle ground states-like New Hampshire, Wisconsin and North Carolina-where the voters that would be most affected are Obama supporters.

What’s incredible is the reasoning. The bill’s sponsor, state Rep. Gregory Sorg, doesn’t like “youthful idealism” because it “is focused on remaking the world, with themselves in charge, of course, rather than with the mundane humdrum of local government.”