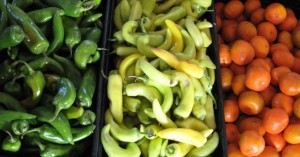 A lawyer representing Hispanic farmers alleging discrimination by the United States Department of Agriculture over a number of years called the $1.3 billion settlement offered by the government on Friday “unacceptable.”

The group of farmers, which also includes women farmers, claims the USDA favored white farmers for years by giving them preference for loans and assistance.  The offer by the government would amount to about $50,000 per farmer and set aside another $160 million in farm debt relief for eligible women and Hispanic farmers.

“The Obama Administration has made it a priority to resolve all claims of past discrimination at USDA, and we are committed to closing this sad chapter in USDA’s history,” Agriculture Secretary Tom Vilsack said in a statement. “Women and Hispanic farmers and ranchers who allege past discrimination can now come forward to participate in a claims process in which they have the opportunity to receive compensation.”

But the group says the offer is not good enough.  The government settled similar claims of discrimination with Native American groups for $3.4 billion, amounting to $250,000 per farmer on average.

The amount offered to Hispanics is also about 59 percent less than was offered to African American farmers, according to Stephen Hill, the lead counsel in the case for the Hispanic farmers.

“For whatever reason, they want to discriminate against Hispanic farmers – and they feel they can get away with it,” Hill said. “This was a repackaging of a bad deal our clients uniformly rejected and considered insulting last year. And nothing has been done in the interim to make it less discriminatory and insulting.”

Secretary Vilsack stated those farmers who are not pleased with the settlement can still pursue individual cases against the government.

“I applaud the advances the Obama administration has been making to resolve claims of discrimination by the U.S. Department of Agriculture against Hispanic and women farmers and ranchers,“ said Reid.  ”No one should be denied help that is publicly available because of ethnicity or gender.”

The claims of discrimination against Hispanic and women farmers are alleged to have occurred between 1981 and 2000.