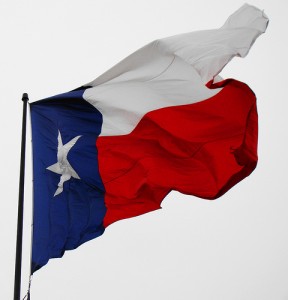 [Editor’s Note: The following is a commentary from Professor Roberto R. Calderón, Ph.D. from the Department of History at the University of North Texas in Denton, Texas. He previously appeared on NewsTaco commenting about Emiliano Zapata’s grandson, the César Chávez holiday and Carlos Guerra’s passing. He is my father.]

There is no longer an ethnic majority in Texas — or anywhere — at least not for very long. Recent Census figures show that in Texas, Latinos are 37.6% of the population and Anglos are about 45%. We know that, in the next 10 years, there’s a moment coming wherein these two percentages will slide past each other: “Hello, goodbye. Hola, adiós.”

When whites became the majority in Texas, there was no turning back that story, which lasted from the 1820s until sometime in the 2010s. It’s that kind of no turning back now with the new numbers that show that this country’s growth primarily comes from minority groups.

As I said, nobody predicts the future — just as whites couldn’t predict this future — they saw themselves as being here forever and ever in control and power. But, frankly, I can’t see that being the case without denying this emerging, rapidly emerging demographic majority a larger piece of the pie. Beginning with political offices, appointed offices, budget resources and so-forth, that has to be part of the equation. 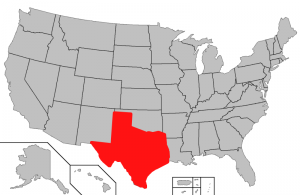 Because if not, you’re going to have an intolerable situation where many in the majority of the population are denied their due representation. It’d be an exacerbation on a statewide level of something that has long been done locally — it used to be more so before the passage of the 1964 Civil Rights Act and the 1965 Voting Rights Act. That’s one narrative about the Census figures in the U.S.

But Texas is a symbol for what’s happening in the rest of the country, as I said. As Latinos, it’s up to us to determine how this situation will play out.

There definitely has to be a focused, emerging dynamic within the new demographic majority, within the Mexicano, Latino community, of Texas and elsewhere, wherein new and existing leadership determines ways in which they can make effective the laws of the state, and the laws of the nation. We have to work for effective and equal representation, that’s always the struggle, it continues to be the struggle. Have we made significant strides and changes? Yes. Are we there to where we need to be to make all things equal? No.

If there is to be a new leadership and new strategies and tactics and a new assertiveness to be expressed from the Latino community when it finds itself to be the official demographic majority later this decade, it has to respond, it has to come from within — it’s not going to come from without.

So what are you going to do about it? It’s up to us to do something about it. We already are, because the numbers are going to be changing things in Texas, certainly at a cultural level. And when you have a white population by 2040 or 2050 that’s one-fourth or one-third of the total number of people in this state, what remains of the white population, especially the young people, are going to be much more open, flexible, and a less racist white minority in the Texas and elsewhere than their predecessors were.

In effect, being in the minority will have the effect of making that new minority — whites — more tolerant, forever changing the way we all perceive of what it means to be American in the U.S.