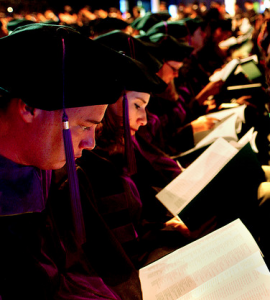 States across the country are slashing budgets left and right in an effort to deal with the recession, one unfortunate outcome may be less Latinos able to attend college. The logic goes: If we cut the budget for higher education, cuts to financial aid will be made, and Latino (and African-American) students who use that financial aid may not be able to attend.

Couple this with the fact that either the Obama Administration’s budget, or the Republican budget, will drastically slash federal aid programs. Under the Obama plan Pell Grant recipients would no longer be eligible for two in a calendar year, wouldn’t be able to attend school year-round and graduate students would have to start to pay interest on loans while they’re still in school. The Republican budget would slash the Pell grant by $845, end funding for other aid programs for students, like AmeriCorps, as well as cut billions of dollars from academic support institutions.

That’s not even taking into account the certainty that tuition and fees at universities and colleges across the country are probably going to rise. Institutions of higher learning will be getting less state and federal funding, and they’re going to turn to students to make up the difference — all the while these same students will have less financial aid at their fingertips.

Perhaps the worst news in all of this is that, by the time the economy begins to right itself, most of these cuts won’t be as quickly re-established. Pell Grants cut, probably won’t be boosted in four years. Student tuition and fees that go up in the fall, more than likely won’t come down in two years. So where does that leave us as a country?

With more than 50 million Latinos expected to be counted in this year’s Census, we’re going to be a country with a significant portion of the population that cannot access higher education institutions. There will be a lot of Latinos in the population, and only a few of them with the access to institutions of money and power. While I’m sure this is a great equation for people who already have, as the rest of the country that has not continues to grow, one thing this nation will certainly have is inequality.