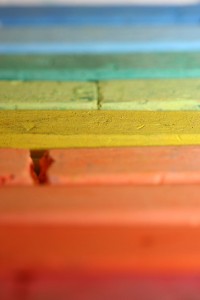 Deciding what “race” means in the U.S. is a long and storied history, books, dissertations, films, documentaries, poems, etc. have covered the subject, but now The New York Times takes a contemporary look at what “race” has come to mean in an era of ever more mixed race people. The big nugget is this:

Despite the federal government’s setting standards more than a decade ago, data on race and ethnicity are being collected and aggregated in an assortment of ways. The lack of uniformity is making comparison and analysis extremely difficult across fields and across time.

In other words, in some departments a person in Asian, in another they are identified as Native and in another as Hispanic. What of Hispanic and Latino? Black and Caribbean? The list goes on. The government is trying to figure out how to classify the rest of us for their own purposes, not necessarily because it’s an actual reality, so you get things like this:

any student…who acknowledges even partial Hispanic ethnicity will, regardless of race, be reported to federal officials only as Hispanic. And students of non-Hispanic mixed parentage who choose more than one race will be placed in a “two or more races” category, a catchall that detractors describe as inadequately detailed. A child of black and American Indian parents, for example, would be in the same category as, say, a child of white and Asian parents.

The takeaway is that we need to not take these labels too seriously, because they don’t make any kind of objective sense. Rather, this is the government’s way of deciding who “deserves” what for allocating money or assigning diseases or whatever. Race as measured by the government is in no way an objective description of experience, life lived or the love that brings people together — and don’t forget it!