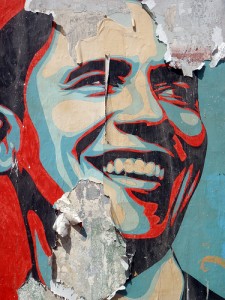 After ignoring the DREAM Act for the bulk of his first term in office, and now that it’s far too late with a Republican-controlled House of Representatives, President Barack Obama is pushing for the passage of this law. The takeaway here is the same thing we’ve been harping on for months:  The Obama Administration’s practical refusal to include Latino operatives in any meaningful way.

The New York Times and The Washington Post each wrote very poignant portraits of DREAMers who would benefit from this bill and named names of the legislators who were against it in the vote in December, and who vow to prevent its passage now. But who cares? Obama should have been pushing this last year, or the year before, not as the clock was ticking after the Democrats got “shellacked” in November. Lame!

We’ve written about Obama’s lack of Latinos in his staffing, former White House Chief of Staff Rahm Emanuel’s similar adoption of a pro-DREAM Act stance when it was too late to matter and, most recently, the president’s naming of Andrea Bazán to a faith council. This whole post-DREAM Act-vote-lament is part of the same tired strategy that we’re supposed to suppose is genuine: Let me say the words but not do the actions. I’m not the brightest crayon in the box, but I can see through it.

It’s impossible for Obama to win re-election in 2012 without strong Latino voter support. It’s likewise impossible for him to win that support with transparent gestures like this. As a side note, I still haven’t forgotten the five Democratic Senators who voted “no” and you shouldn’t either, here they are: Mark Pryor of Arkansas, Jon Tester of Montana, Max Baucus of Montana, Kay Hagan of North Carolina and Ben Nelson of Nebraska.

So, whatcha gonna do?