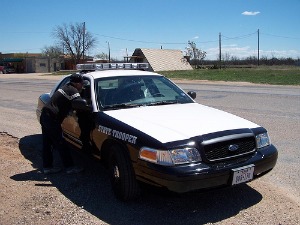 One of the first things that Susana Martinez, the newly elected and installed Republican Governor of New Mexico, did was undo what her predecessor had done. Five years ago then governor Bill Richardson, a Democrat, issued a resolution that barred state law enforcement officials from asking people about their immigration status. Gov. Martinez has signed an order of her own obligating state police to do the opposite. Its a red flag on the place where rights and discrimination intersect with immigration for Latinos.

Now, some civil rights leaders in New Mexico fear an increase in racial profiling against Latinos.

This is how Fox News Latino quoted the Governor:

“This order takes the handcuffs off of New Mexico’s law enforcement officers in their mission to keep our communities safe,” Martinez said. “The criminal justice system should have the authority to determine the immigration status of all criminals, regardless of race or ethnicity, and report illegal immigrants who commit crimes to federal authorities.”

Victims, witnesses and people who seek help from police will not be questioned as to their residency status. The idea here is that such laws drive a wedge between some residents and law enforcement officials and creates a harbor for real criminals. So victims and others are exempt from questioning about their residency status.  All others, even if they’re just accused, will be questioned. And here’s an important statistic about New Mexico to keep in mind: “According to the Census Bureau, 45 percent of the New Mexico population is of Hispanic origin, and in that segment 83 percent were born in the United States.”

The reactions have been swift. Moe Maestas, a state legislator from Albuquerque, says that now every Latino will be suspect. And a representative of the ACLU thinks “that police are not trained to be immigration agents, we know that they will make use of racial profiling – the person’s physical appearance and accent – in order to interrogate.”

Next on the governor’s sights? A 2003 law that lets people get drivers licenses with out proof of legal residency.