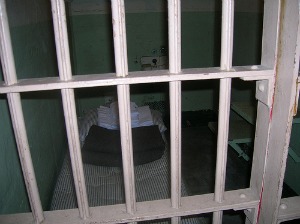 That’s what Santiago Malave says that police told him when they arrested him for disorderly conduct in East Haven, Connecticut. The rub is this: Malave is a Puerto Rican born former East Haven cop.

NewsTaco reported that law students from Yale had sued the City East Haven Police Department over racial profiling charges. Gawker.com has followed-up with a piece of their own. According to Gawker:

“East Haven, Conn., is a quiet suburb of New Haven with a “peaceful, small-town setting and thriving businesses.” Unless you are Latino, in which case it’s the place where you’re targeted with “traffic stops, false arrests and even jailhouse beatings.”

What’s going on there, according to many observers including its Latino residents, is that East Haven is trying to drive Latinos out of their town. Latinos there say that half of their population has left.

Back to the Malave story.  According to the Associated Press he “encountered the cops while engaging in a dispute with his wife. He says he was arrested for “disorderly conduct” as soon as he let slip he was born in Puerto Rico. “I tried to talk to the sergeant, but he said, ‘You spics don’t have rights here.”‘ Malave is now a probation officer. I’m wondering if when these Latinophobes are arrested, as they should be, and if they happen to be placed under probation, will they use that same language while addressing their probation cop?