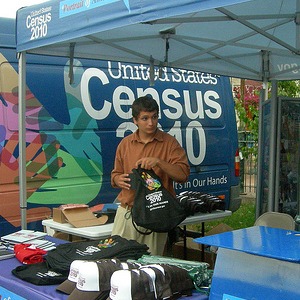 Let’s call it the Census hangover, the day after the big party when you wake up slightly dazed…OK dazed…alright, very dazed. There is so much information attached to so many numbers, and it’s just the beginning. Let me try to sift some of the highlights for you.

The Latino population in the US is growing at a rate of about 1 million a year since the last Census. In 2000 there were officially 35.6 million Latinos, in 2010 that number grew to 45 million.

Reuters reports that the newest prediction is that by mid-century there will be 130 million Latinos across the country.  BY 2050 one in three persons living in the United States will be Latino. Two words account for that: youth and immigration. Audrey Singer, a demographer with Brookings Institution, said “They are younger than whites, they’re younger than blacks … they’re in their family creation years, and there’s been relatively high immigration at least up to the (2007-2009) recession.”

Fox Latino has begun to put those number in a political perspective: “States where Hispanics have settled in large numbers saw some of the highest percent changes in population growth and gained congressional seats…”  Specifically, “magnet” states (Fox’s definition, not mine) in the South and West have seen double digit Latino growth. Nevada saw a 35 percent overall population increase: Texas 21 percent; Florida 18 percent; Ariona, 9.1 percent (It would have been interesting to have known the percentage of population loss in Arizona after the sb1070 fiasco).

Huffington Post divides the political bounty into now and later. The GOP is set to benefit in the short term because Red states are set to gain congressional seats. But (and there’s always a but), “remember, the Sun Belt states that gained population are doing so in part because of an increase in the number of people of Hispanic descent living within their borders, which may portend a political change down the road.” The “political math” will change as more Latinos move to Texas, Arizona, Nevada and Florida. That and the Republican’s penchant for things like repealing the DREAM Act.

USA Today shines a light at presidential politics. With the new Census numbers President Obama has lost six electoral votes. “Because of population changes, eight of the states Obama won in 2008 lost a total of 10 U.S. House seats, while four other states he carried picked up four seats; the number of U.S. House slots helps determine a state’s presidential electoral votes.” Of course, Obama defeated McCain 365 electoral votes to 173.

CNN though, puts all of this in perspective: put on some strong coffee, get some menudo, settle down. “If we regard simple population change as an indicator of political power, the buildup in red states is indeed significant. However, early next year, the Census Bureau will release counts of the population by race and ethnicity. That number will show shifts of the population that official estimates have pointed to all along: The diversifying of the population is more extensive in areas of fast population growth.”

Overall it’s an interesting story. The US rate of growth slowed over the last 10 years, except for Latinos who picked up the pace and did their part (someone’s gotta take one for the team). The granular  numbers, the one’s at the county level that break down the ethnic and racial categories more precisely, will be released in February. That’s when this whole Census numbers crunching party is going to get really fun!

Stick with us, News Taco will be your source for the information you need in the way you’ve come to expect it.  And if you’ve got ideas or suggestions as to how we can do it better, let us know.