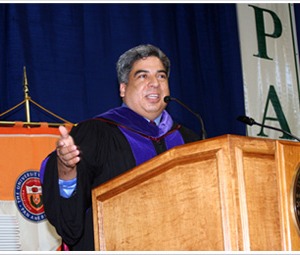 Truth be told, Texas state Rep. Aaron Pe﻿ña’s outing himself as a Republican is not the scandal we may think it is. It’s the natural succession of political tendencies that have crept to the farthest and final bastions of the Texas Democratic political-machine establishment.

My grandfather was a stalwart Democrat. He was a businessman who cared for his community and was involved in the back-room dealings of local politics. He was also conservative, and although he may tussle where he lies, if he were alive today it wouldn’t surprise me if he were Republican.

The thing is that there’s been a slow Republican flow moving through Texas for decades. This used to be a one party state and traces of republicans or republicanism were rare. The fact that Texas is now considered a red states ignores the deeply blue corners of the southern tip where Democrats have held sway for many generations of politicians, voters, and activists.

Little by little the red wave has made it’s way south and Pe﻿ña’s defection is no more than a plot point in a larger political story.

On the other hand, if you get into the weeds of the matter and ask some needed questions the story becomes compelling, in the way a train wreck gets your attention, and engrossing, the way whispered gossip makes you focus your listening.

Let’s keep our questions to one. Why now?

The fact that Pe﻿ña was recently re-elected is of lesser consequence than the fact that the state legislature will soon go into session and the battles that loom are enormous.  Both sides of the political isle in Austin are preparing for epic horse trading in redistricting and spending bills. Something or someone has a powerful persuasive hold over the good representative form Edinburg, and it may just be himself. It may just be that he felt the time was finally right for a public switch (as would be expected, Monday morning political hacks are saying Pe﻿ña was never really a Democrat). It could also be that the Democratic machine in the deepest part of Texas has grown rusty, tired and predictable.

We can’t ignore the fact that Pe﻿ña didn’t only move away from something; in that same swoop he move toward a welcoming Republican party. And think what you may of him or of his new comrades in political arms, his former party mates had no idea what to do about it. They stutter-stepped, they flabbergasted, then they brought out their paddles for the trip up the proverbial creek.

Pe﻿ña’s defection changes the political balance in Austin, and that may well be the reason, motive and bottom line.

Was he smart for doing it? He’s one of the cool kids now, but how long will that last? Just because one politico found the stones to jump doesn’t mean his constituents will follow him. Or does it? This story, then, is not so much about Pe﻿ña’s leap or the lure of the Republican party. This is about a stale Democratic organization with very visible cracks in it’s old walls. It’s about the years and generations of Democratic leadership taking its south Texas constituents for granted. It’s about a needed change in the way Latinos in Texas do their political business. It’s a pail-of-ice-water wake up call, and in that sense it’s about time.