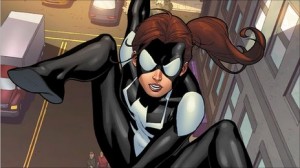 All of you Spiderman and comic superhero connoisseurs may recognize her, she’s made appearances as Araña in past publications, but this time she returns as Anya Corazon: a typical Latina high school student during the day, bad-ass superhero at night. Apparently, according to tuvez.com, folks at Marvel Comics concocted the new Latina superhero in order to attract more of the growing Latino market. But she has more in common with Batman than she does with Spiderman; she can’t spin webs but she can kick your ass with martial arts skills, and she has her own Twitter stream. 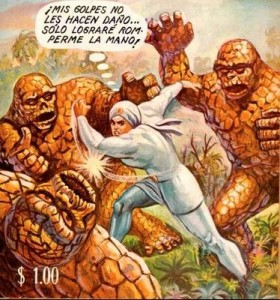 When I was a kid we didn’t have Latino superheros to look up to, but I was fortunate in other ways. I grew up along the border and read the Mexican comics. My favorite was Kaliman. Granted, he wore a turban, was a descendant of the Pharaohs  and his side kick was a kid named Solin, but he traveled the world in search of evil to vanquish and wrongs to be righted. And that was as cool as it gets!

If Anya Corazon is nothing more than a  grab at the Latino market, so be it. I say it’s about time.